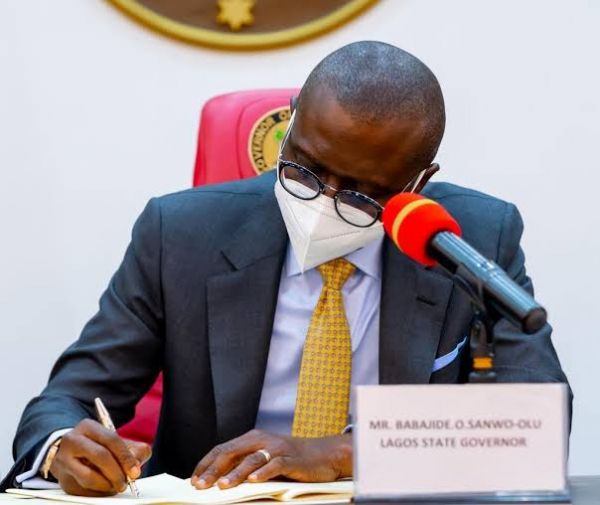 Lagos State Governor, Babajide Sanwo-Olu, has signed into law, the State VAT Bill passed by the House of Assembly, on Thursday.

Sanwo-Olu signed the bill for a law to impose and charge VAT on certain goods and services.

The VAT bill had passed its first and second readings at the house on Monday, while the committee on Finance held public hearing on the bill while it was passed at parliament on Thursday.

By this act, the bill is considered a Law in Lagos.