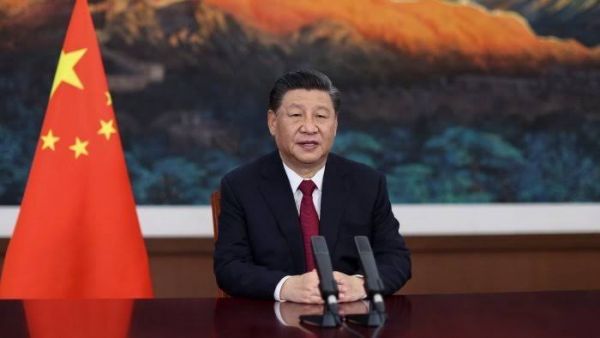 When Xi Jinping took command of the Communist Party in late 2012 and proclaimed “only socialism can save China”, it was largely ignored as the perfunctory mention of an antiquated slogan - not to be taken literally in a modern-day, market-powered economy.

Having done away with term limits in 2018, China’s most powerful leader since Mao Zedong is pushing what some observers describe as a mini “revolution”, curbing the excesses of capitalism and shedding negative cultural influences of the West.

The effort, touching everything from school curriculums - including the newly required study of "Xi Jinping Thought on Socialism with Chinese Characteristics" - to tighter regulation of the property sector and a squeeze on what the government sees as unwholesome entertainment here, has rattled investors and prompted officials and state media to try to assuage markets.

On Wednesday, for example, the official People’s Daily sought to reassure the private sector that support for it “had not changed”: recent regulatory actions were meant to “rectify market order”, promote fair competition, protect consumer rights and “perfect the socialist market economy system”.

But the intent, observers say, is clear.

“Xi wants to address a very contemporary issue, the way in which neoliberal reforms have made China much less equal, and bring back the sense of mission that shaped early Maoist China,” said Rana Mitter, a professor of Chinese history and politics at Oxford University.

That inequality, as well as the vast wealth and power accumulated by some industries, threatened to undermine social stability and ultimately the party’s legitimacy if left unchecked, some analysts said.

The timing of the reforms reflects confidence that China can solve its problems through its own hybrid system instead of following the model of the West, whose shortcomings - from managing COVID-19 to the chaos of the U.S. election and withdrawal from Afghanistan - are repeatedly depicted in China as evidence of systemic decay.

“The state control model did seem to serve China well in the fight against COVID,” said Chen Daoyin, a political commentator who is based in Chile and was formerly an associate professor at Shanghai University of Political Science and Law.

Xi is confident of striking a balance between government and markets, and between power and capital, Chen said.

“The danger is when the state can’t resist reaching out its visible hand ... it creates unpredictability and political risk for capital,” Chen said.

The Hong Kong market, where many Chinese tech firms targeted by the crackdown are listed, has lost over $600 billion in value since July, with investors whipsawed by new regulations and scouring old speeches for clues as to what may be coming.

Xi’s activist populism also demonstrates confidence that he can afford to alienate elites who fall on the wrong side of his policies as he solidifies his case for a third five-year term - not that there is any visible competition.

But his calculus goes even beyond that, analysts say.

“Xi is an ambitious leader with a grand vision who genuinely wants to go down in history as the man who saved the party and made China strong,” said Yang Chaohui, a lecturer in politics at Peking University.

China’s State Council Information Office did not immediately reply to a request for comment.

Under Mao, the earliest iterations of party doctrine aspired to free people from the exploitation of capital, destroy private ownership and defeat American imperialism.

This summer’s reforms are enabled by Xi’s consolidation of control since taking office: he unleashed a massive anti-corruption campaign, eliminated space for public dissent, and reasserted Communist Party power - with himself at the “core” - across all aspects of society.

With that power, Xi is addressing a spate of societal woes, from people not having enough babies and an unhealthy obsession with educational achievement to young adults so stressed by the rat-race that they would rather drop out and “lie flat”. New rules curb young people spending too much time playing online games and too much money promoting their idols.

“Xi has set out to tackle the problems that cause anguish for the common people, such as corrupt officials and the rich-poor gap,” said Chen.

While many in China express scepticism that Beijing can get people to have more babies or make big-city housing more affordable, some of the moves appear popular: many parents welcome an easing of the educational burden and the new three-hour-per-week time limit for children to play online games.

“Championing the common people gives him a moral high ground to consolidate his authority within the party and makes it hard for his political opponents to attack him. After all who can be against social equality?”