Feminism or misandry? Time to separate the two - Agba Jalingo 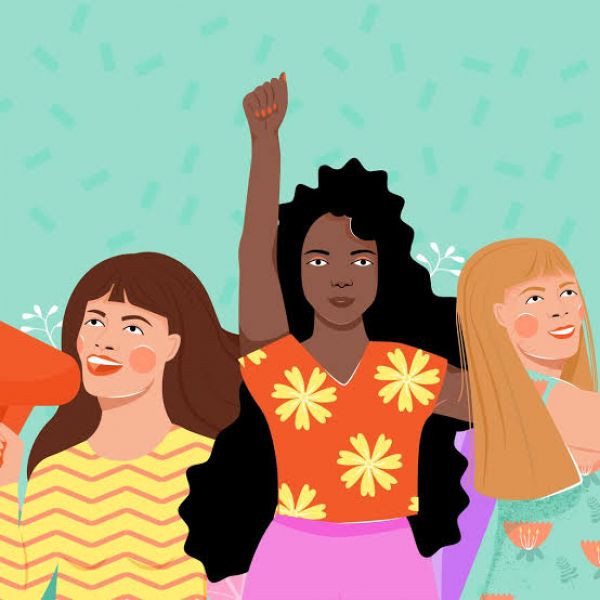 The point needs to made to a greater number of misguided young women on social media who refer to themselves as "feminists" that, feminism did not start today. They also need to understand with their myopic world view and parochial sense of history that feminism is not a war against the menfolk or against African norms and traditions as many of them now erroneously believe.

For the records and for the benefit of these largely ignorant bibliophobic pseudo-feminists, throughout most of Western history, even when women had started holding important positions in public life in Africa, European and American women were confined to the domestic sphere, while public life was reserved for men. In medieval Europe, women were denied the right to own property, to study, or to participate in public life. At the end of the 19th century in France, they were still compelled to cover their heads in public, and in parts of Germany, a husband still had the right to sell his wife.

Even as late as the early 20th century, women could neither vote nor hold elective office in Europe and in most of the United States. Women were prevented from conducting business without a male representative, be it father, brother, husband, legal agent, or even son. Married women could not exercise control over their own children without the permission of their husbands. Moreover, women had little or no access to education and were barred from most professions.

Defenders of the status quo painted women as superficial and inherently immoral, while the emerging feminists produced long lists of women of courage and accomplishment and argued that women would be the intellectual equals of men if they were given equal access to education.

There is scant evidence of early organized protests against such debased and circumscribed status of women. But there are verifiable records that in the Third  Century BCE, Roman women filled the Capitoline Hill and blocked every entrance to the Forum when consul Marcus Porcius Cato resisted attempts to repeal laws limiting women’s use of expensive goods.

“If they are victorious now, what will they not attempt? As soon as they begin to be your equals, they will have become your superiors”, Cato cried. And the action of those women at the Roman Capitoline Hill birthed the feminist movement in recorded history.

At its core, feminism is the belief in full social, economic, and political equality for women. It is a political and social movement that share a common goal: to define, establish, and achieve political, economic, personal, and social equalities for the female gender. This includes seeking to establish educational and professional opportunities for women. And a feminist is someone who supports this ideology, whether you are male or female.

Though feminism largely arose in response to Western traditions that restricted the rights of women, the issues feminism addresses have global manifestations and variations and we have to necessarily embrace the ideology in Africa and other parts of the world. This thinking for me, is perfectly in sync with a rapidly progressive world and should be embraced by all and sundry. No gender is higher or lesser than the other.

The problem, however, is that, in our country today, there is a very loud section of men haters, embittered, disoriented, agonizing, hostile, disenchanted, misguided, set of women who generally feel that the menfolk are the reason for all the problems in their lives. These despicable misandrists, most of who may be hurting terribly from previous experiences with men, either directly or indirectly, are hiding under the guise of feminism to hate and spread hate in the hearts of younger women against the menfolk. They must be resisted unequivocally.

They hate the very institution that builds the family - Marriage. They speak condescendingly of that institution possibly because theirs didn't work as they expected or they have no hope again of getting into one. They hate to see happy families and work actively to break them up. They tell younger folks that being single or marrying same-sex is better. They hate to see male new-borns and could suffocate them if they have their way. Even respect for Dads is considered anti-feminist by them. They insist that God must be addressed as ‘she’ before they will be satisfied. They are not seeking gender equality, they are seeking revenge and a replacement of patriarchy with matriarchy. They are bitter. They are raging. They are dangerous. They are ruining the younger generation of women in their thousands. They must be stopped and resisted.

Agreed that some relationship issues aren't resolved due to patriarchal norms that need to shift, but failure to resolve such relationship problems doesn't translate the victims to feminists. It's a deficiency in conflict resolution. The feminist movement will also do well to identify these emotional dynamites amongst them with a view to curbing them, so we don't confuse all of them for the same stock; because it's getting blurred.