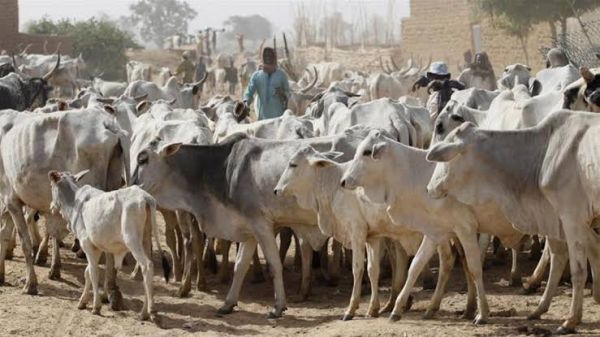 Ondo Governor, Rotimi Akeredolu, has lambasted leadership of Miyetti Allah for asking the Federal Government and National Assembly to stop implementation of anti-open grazing law enacted in the state.

The governor, on Monday, had ordered herders to vacate the forest reserves over rising insecurity in the state.

He said “bad elements” have turned the forest reserves into hideouts for keeping victims of kidnapping, negotiating ransom and carrying out other criminal activities.

He insisted that herders will not obey Akeredolu’s directive because he has no right to issue such orders, as the Fulanis have been in the area for over 250 years and vowed not to obey the governor.

But Akeredolu, in a statement issued by his Senior Special Assistant on Special Duties and Strategy, Doyin Odebowale, described the threat by the group as unacceptable in a lawful society.

He vowed that the law would be implemented vigorously in the state.

He said the statement made by the association through its secretary, Saleh Hassan in a video was uncouth, uncultured and evidently deracinated vagrant.

The statement read: “Ondo State Government is in possession of a video clip of the press statement issued by a so called association of cattle breeders through its secretary. This uncouth, uncultured and, evidently deracinated vagrant, left no one in doubt as regards the level of support certain criminal elements, like he, enjoy, deplorably.

“This man admits, without qualms that members of his association have been frustrated to the point of taking to banditry and other forms of criminality to fight poverty.

“He makes too much weather of a cultural practice associated with an ethnic group and expects all other ethnic groups to accept such backwardness and adjust, accordingly, or be ready to face the ceaseless onslaught of the denizens of the forests, even those from other countries, who must rape, rob, maim, kill and despoil in response to “climate change.

“They claim to be above the law of any state in the federation. They warn of the imminent breach of peace and promotion of pervasive anarchy, if they are not allowed to ravage the sweat and toil of the long-suffering farmers who, apparently, don’t count for much in the scheme of things in their estimation.

“They thank the Federal Government and asked its functionaries and the National Assembly to ensure that they continue to kill, maim, rape and dispossess their victims, whose citizenship is not shrouded in any historical obscurantism and dependence on any nebulous protocol for dubious integration, with the ultimate aim of dispossessing the indigenous owners of the land.

“Any ethnic group, truly indigenous to the geo-political space known as Nigeria, should not be desperate to appropriate other people’s lands to assuage banditry, rape and robbery. Modernity imposes certain obligations on any social group which claims membership of the human race.

“It is arrogant, and this is being mild, for any assemblage of criminal upstarts, to seek to issue orders to the elected representatives of the people on the best way possible to administer their states. It is indulgence taken too far for a group of private businessmen to seek to take over people’s lands because of the mistaken belief of support for banditry.

“There is no ethnic group which does not parade an array of professionals in all walks of life. There is no ethnic stock bereft of sound and principled agents of advancement in a transitional society. It is disingenuous and fraudulent for any band of stragglers, certified felons, to paint a highly resourceful people, with the same indolent and retrogressive brush, a befitting epitaph for characters of Saleh Hassan’s felonious hue. No cultural practice permits of criminality. Banditry, rape and armed robbery should not be attributes of a people. Personal businesses must not become the prime occupation of a government of a geo-political space with multi ethnic groups.

“Our contemporary history is replete with events of brazen treachery as recompense for the warmth and hospitality extended to the underserving.

“Various communities live with painful memories and indelible scars. We refuse to become slaves in our land. We defeated treachery and unbridled arrogance,” he added.

Akeredolu added that the state is not prepared to cede any part of the  ancestral heritage to enjoy “peace and progress” offered by associations of bandits, robbers, kidnappers and rapists.

He noted that  Saleh and his sponsors should be contempted with the resources within his local environment if he is indeed indigenous to Nigeria.

“No part of our land will be given to foreigners who cling to a dubious regional protocol as an instrument validating dispossession. Let him practice his cultural practices on his father’s land. His likes will not be permitted to operate with impunity in Ondo State. We will defend our land.

“Ondo State has a law which prohibits open grazing. The Government has a responsibility to implement the law for the benefit of the people of the State and those, who may share in their aspiration for development of their God-given space. The people of Ondo are hospitable. They will, however, be unable to tolerate and condone invasion of their lands. No bandit will operate in Ondo State under any dubious guise,” Akeredolu declared.