The VAT battle between FG and Rivers state: What it all means 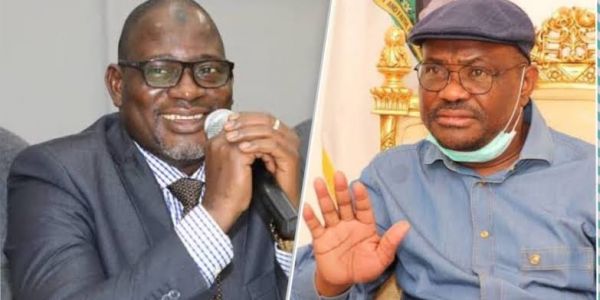 Rivers state government has said it would collect value added tax (VAT) in its territory rather than leaving it for Federal Inland Revenue Service (FIRS), a move that threatens the way the nation’s wealth is shared out.

Under the political and fiscal system now, a range of taxes are collected nationwide by FIRS and pooled centrally before being redistributed across all 36 of Nigeria’s states according to an agreed formula.

The move by Nigeria’s southern Rivers State to collect VAT risks upsetting the way national revenues are allocated, a result of political compromises between ethnic groups and regions with different economies and natural resources.

Rivers State, one of Nigeria’s richest states thanks to oil production, has been fighting a court battle against the FIRS, arguing that it should collect and spend VAT itself.

After it won the latest round in a federal court on Monday in the state capital Port Harcourt, the state government said it would press ahead with VAT collection.

But FIRS, which has launched an appeal now going through the courts, urged taxpayers on Tuesday to disregard the Port Harcourt ruling.

“Until the Court of Appeal, or even the Supreme Court, determines the matter, taxpayers are required to continue to comply with their VAT obligations within the status quo framework,” it said.

The move by Rivers State is being mirrored elsewhere. Lagos, the nation’s business hub in the southwest, is in the process of passing a state law that would also allow it to collect VAT.

For residents of Rivers State, who have long complained that they see few benefits from oil extraction yet have suffered from decades of pollution, the existing formula to redistribute Nigeria’s national wealth is deeply unpopular.

In other regions, particularly in the arid North which has limited natural resources, the principle of sharing wealth across the whole country is vital.

FIRS collected revenues worth N4.95 trillion ($12 billion) across the country in 2020, with VAT accounting for N1.53 trillion.

Rivers State government generated revenues of N117 billion from local taxes and levies in 2020. It received N142 billion in allocations from the central pot.