Naira falls to lowest level ever at parallel market 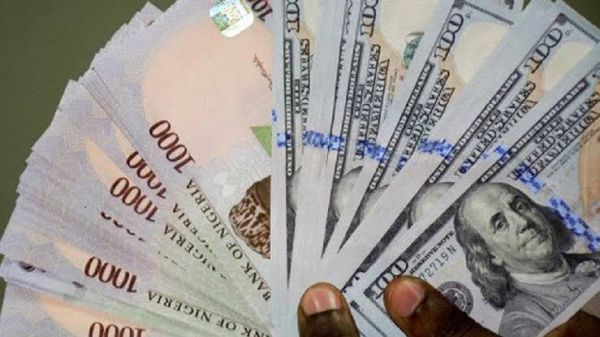 Naira fell significantly against the U.S. dollar at the unofficial market on Monday as it exchanged hands with the greenback currency at N532.00 per $1, the lowest it ever traded at the black market.

This implies a N2.00 or 0.40 per cent devaluation from the N530.00 it traded in the past two trading sessions (Thursday and Friday) last week.

However, the currency gained at the Investors and Exporters (I&E) window where the currency is officially traded.

Data posted on the FMDQ Securities Exchange window where forex is officially traded showed that Nigeria’s currency closed at N411.13 per $1 on Monday.

This represents a N0.37 or 0.10 per cent appreciation from the N411.50 rate it traded in the previous session on Friday last week.

This happened as foreign exchange supply dipped by 24.00 per cent with $97.54 million recorded as against the $127.51 million posted in the previous session on Friday last week.

The spread between the unofficial and official markets rates was N120.87 as of the close of business on Monday, leaving a disparity of 22.72 per cent.