Woman, daughters abducted as gunmen break into another home in Abuja 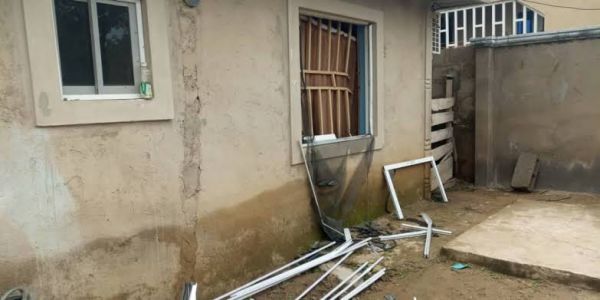 A 45 year-old woman, Bukola Oladapo, and two of her daughters have been abducted at Pegi community in Kuje area council of Abuja.

Daughters of the woman involved in the fresh kidnap incident were identified as Moyo Oladapo, 17 years old, and Glory Oladapo, 14 years old.

A resident simply identified as Abednego said the incident happened around 1:04 am on Sunday.

He said the kidnappers, wielding AK-47 rifles, attacked the victims’ house at a resettlement area in Zone A.

He said the kidnappers scaled the fence of the victims’ house and forced the doors open.

Chairman of Pegi Community Development Association, (PECDA), Taiwo Aderibigbe, confirmed the abduction of the woman and her daughters while speaking with our reporter over the phone.

The PECDA chairman decried incessant kidnaps in the area, urging security agencies to come to the rescue of the residents.

“It is quite worrisome, that Pegi, Kuje, is being targeted by kidnappers and security agencies are not doing much,” he alleged.

It was learnt that the woman’s husband, Gabriel Oladapo, a pastor, was out of Abuja when the kidnappers struck.

When contacted, spokesman of the FCT police command Daniel Ndiparya, confirmed the incident, saying efforts were ongoing to rescue the victims

“Efforts are being made by the command to ensure the victims are rescued,” he said.