Article of faith: Christians are called to judge (1) - Femi Aribisala 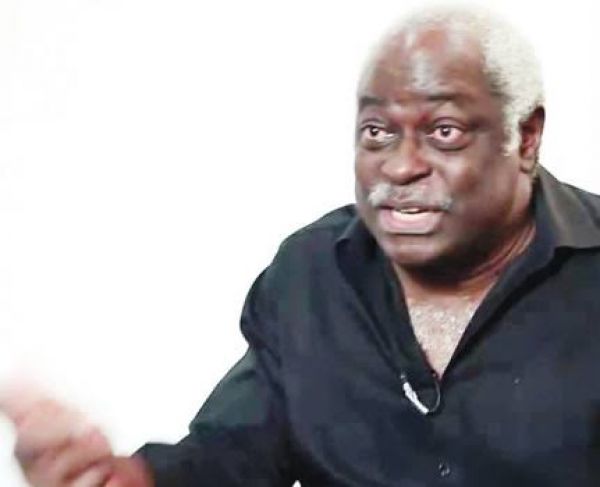 Christians are full of contradictions. We judge believers and non-believers. We judge situations and circumstances. We even sometimes judge God, our Lord, and maker. Nevertheless, we quote Jesus: “Judge not, that you be not judged. For with what judgment you judge, you will be judged; and with the measure you use, it will be measured back to you.” (Matthew 7:1-2).

When we are criticised we often respond by saying: “Don’t judge me.” But believers are called to judge. Indeed, there are many scriptures in the Bible asking us to do so. A whole book in the Bible details the activities of judges, appointed by God Himself for the promotion of His righteousness.

Paul says: “He who is spiritual judges all things.” (1 Corinthians 2:15). He says furthermore: “Do you not know that the saints will judge the world? And if the world will be judged by you, are you unworthy to judge the smallest matters? Do you not know that we shall judge angels? How much more, things that pertain to this life?” (1 Corinthians 6:2-3).

Jesus Himself requires us to judge. He says: “When you see a cloud rising in the west, immediately you say, ‘It’s going to rain,’ and it does. And when the south wind blows, you say, ‘It’s going to be hot,’ and it is. Hypocrites! You know how to interpret the appearance of the earth and the sky. How is it that you don’t know how to interpret this present time? Why don’t you judge for yourselves what is right?” (Luke 12:54-57).

Echoing Jesus, the writer of Hebrews says: “Someone who lives on milk is still an infant and doesn’t know how to do what is right. Solid food is for those who are mature, who through training have the skill to recognise the difference between right and wrong.” (Hebrews 5:13-14).

Scripture is used to understand scripture. So, although Jesus says we should not judge in Matthew 7, He says we should judge in Luke 12. It is then up to us to determine exactly what He means because Jesus does not contradict Himself. But He says: “By the mouth of two or three witnesses every word may be established.” (Matthew 18:16).

Does Jesus want us to judge or not? Yes, He does.

In the same Matthew 7 where He says: “Judge not,” He also says: “Do not give what is holy to the dogs; nor cast your pearls before swine.” (Matthew 7:6). We cannot identify “dogs” without judging. Neither can we determine “swine” without judgment.

Jesus’ concern becomes apparent when He says: “Do not judge according to appearance, but judge with righteous judgment.” (John 7:24). This shows Jesus wants us to judge, but we must judge righteously. The Law of Moses says: “In righteousness, you shall judge your neighbour.” Leviticus 19:16).

Righteous judgment means not judging according to the flesh, but according to the spirit. (John 8:15). It means we judge the fruit and not the motive. We do not have the capability to judge the heart of others or their intentions. Only God can read the heart and discern the motives of men. Therefore, we must not arrogate to ourselves the judgment that only God can make.

Righteous judgment also means not being respectful of persons. Accordingly, James warns: “Do not hold the faith of our Lord Jesus Christ, the Lord of glory, with partiality. For if there should come into your assembly a man with gold rings, in fine apparel, and there should also come in a poor man in filthy clothes, and you pay attention to the one wearing the fine clothes and say to him, “You sit here in a good place,” and say to the poor man, “You stand there,” or, “Sit here at my footstool,” have you not shown partiality among yourselves, and become judges with evil thoughts?” (James 2:1-4).

In Matthew 7, Jesus is particularly concerned about hypocritical judgment. His message is that we must not judge others for what we are guilty of. Every time we hypocritically criticise someone, we are condemning ourselves. God must not locate in us any wrong we see in others.

This was the predicament of the scribes and Pharisees who brought a woman caught in adultery to Jesus, asking why she should not be stoned according to the Law of Moses. Jesus told them: “He who is without sin among you, let him throw a stone at her first.” (John 8:7).Knowing that they were also sinners, they quickly made a retreat one by one.

Those who judge hypocritically are often hiding something about themselves. Their criticism of others becomes an elaborate scheme designed to distract others from our faults. Their thinking is that nobody would suspect that the man preaching that people should not steal, is actually robbing others blind.

Indeed, we often hate the most those things that we are guilty of. And so, we identify our faults in others to pre-empt them from criticising us, and to distract them from seeing our inadequacies. But God cannot be distracted. He knows where we live.

“Therefore, you are inexcusable, O man, whoever you are who judge, for in whatever you judge another you condemn yourself; for you who judge practice the same things. But we know that the judgment of God is according to truth against those who practice such things. And do you think this, O man, you who judge those practicing such things, and doing the same, that you will escape the judgment of God?” (Romans 2:1-3).

One of the principles of the kingdom of God is that of spiritual proportionality. This is repeated severally in the Bible. Jesus says: “With the measure you use, it will be measured back to you.” (Matthew 7:2). “He who leads into captivity shall go into captivity; he who kills with the sword must be killed with the sword.” (Revelation 13:10). “Whoever sheds man’s blood, by man his blood shall be shed.” (Genesis 9:6).

Therefore, righteous judgment must be without condemnation. Those who believe in Jesus will not be condemned on the last day. Jesus gives us this assurance: “He who hears My word and believes in Him who sent Me has everlasting life, and shall not come into judgment, but has passed from death into life.” (John 5:24).

If there is no condemnation for us, then we must not condemn others, otherwise, we lose our exemption. Jesus says: “Condemn not, and you shall not be condemned.” (Luke 6:37). CONTINUED.