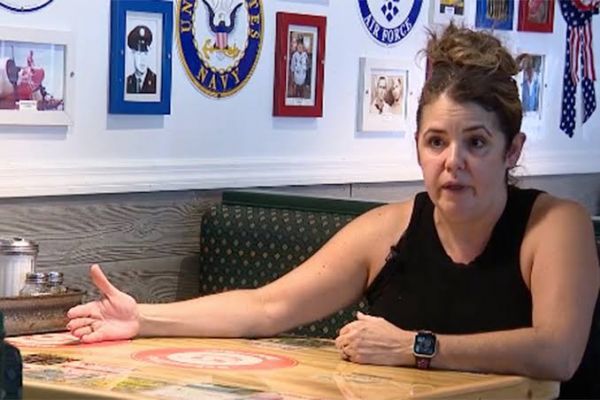 A Florida diner that posted a sign telling Biden supporters to take their business "elsewhere" was forced to temporarily close after not having enough food to meet a surge in demand.

The DeBary Diner, located in DeBary, Florida and owned by Angie Ugarte, was closed on September 2 after running out of food following a surge in demand after a sign was posted on the front door slamming Biden’s chaotic Afghanistan withdrawal and telling his supporters to take their business somewhere else, according to the West Volusia Beacon.

"If you voted for and continue to support and stand behind the worthless, inept and corrupt administration currently inhabiting the White House that is complicit in the death of our servicemen and women in Afghanistan, please take your business elsewhere," the sign saidin response to the death of 13 U.S. service members in a suicide bombing in Kabul, Afghanistan during the United States’ withdrawal from the country.

"I’ve gotten so many people calling me from all over the world, from Europe, trying to purchase meals for veterans, which I still haven’t been able to organize," Ugarte told the Daytona Beach News-Journal. "I think that the veterans will be fed for the rest of the year at the rate I’m getting donations."

Several military veterans descended upon the diner to express their support for the sign Ugarte had posted.

"All these people said, ‘We’ve got to come over here and thank Angie.’ We wanted to come over and thank you," Rod Phillips, a decorated Vietnam veteran told Ugarte as he clutched her hand.  "Being a Vietnam veteran and combat-wounded, I don’t wish war on anybody. But there is a proper time and place to get out of there."

Ugarte said she has received some "death threats and bomb threats," but the reactions have mostly been favorable — and patrons are matching their words with food orders and cash.

Ugarte insists that her message is not a political one, and that she would have posted the same frustrated letter if former President Donald Trump was still in office.