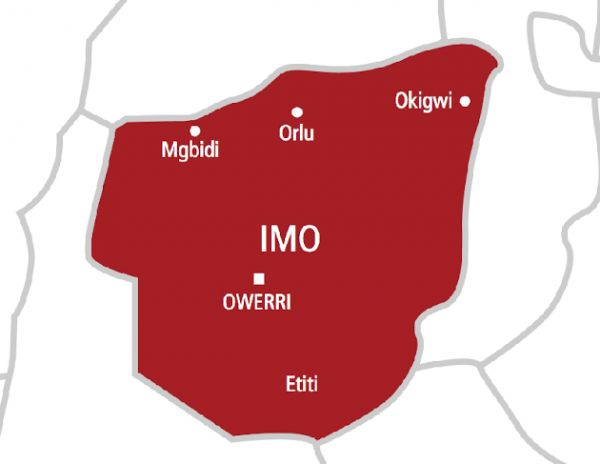 There was palpable fear in Umuaka in Njaba Local Government Area of Imo State in the early hours of saturday as bandits bombed the Umuaka Divisional Police Station, the police quarters and allegedly beheaded two of the officers.

A reliable source from the distraught community said the incident, which occurred at about 1:30 a.m yesterday caused panic in the community as the hoodlums went on rampage, burning a car and its occupants along Orlu road.

According to the source, the hoodlums were said to be on a reprisal mission after the police in a simultaneous raid of the area in the past few days allegedly killed and arrested some members of the gang.

However, the police ‘Operation Restore Peace’ which got hint of the bandits’ attack at the station immediately swung into action, killing two of the criminals while others ran away.

Meanwhile, the state police spokesman, Michael Abattam, confirmed the attack on the station as well as the police killing two of the bandits, but did not confirm the beheading of his colleagues.

He promised to get back to our correspondent as soon as he confirmed it.

Abattam giving account of the attack in a statement issued by the command on Saturday said: “On 31/7/2021 at about 0120 hours, a convoy of bandits moving towards Njaba town to launch an attack were intercepted by Operation Restore Peace team of the Nigeria Police, Imo State Command.

“And in the ensuing fire fight, one of their operational vehicle’s was demobilised and two of them neutralised and the remaining ones scampered into the bush. On searching the vehicle one AK 47 rifle was recovered with 10 rounds of live ammunition and a locally made double barrel pistol with two expended cartridges.

“They detonated an Improvised Explosive Devices into the parking lots of a nearby Njaba Police Station causing minimal damage.”

Meanwhile, Abattam said that the police have cordoned off the area, urging people in the area not to panic as the ongoing police clearance operation is only designed to root out violent criminals in the axis.

He also appealed to the people to avail police information of persons seen treating bullet wounds or hiding within the community or report such to the nearest police station.