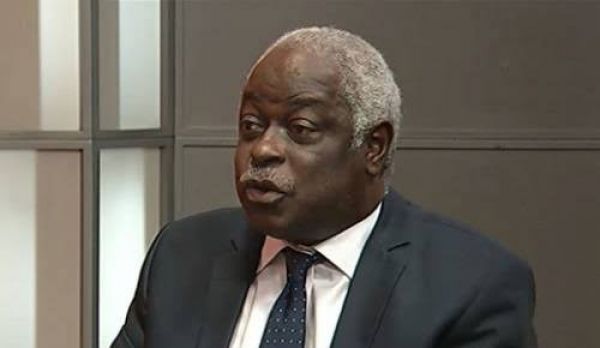 A lawyer asks Jesus about the prerequisites of attaining eternal life. Jesus tells him to love God and love his neighbour. Then he asks: “Who is my neighbour?” Jesus’ answer leads to the story of the Good Samaritan. In that story, the neighbour of the Jew turns out to be the despised Samaritan.

But the question I want to ask here is: “Who is our brother?” Even more precisely, is the Boko Haram bomber, the one who kidnaps our children and bombs our churches, is he also our brother?

When Moses asked God to show him His glory, God wrote His own C.V. One of the main things He said about Himself is: “I forgive iniquity, transgression, and sin.” (Exodus 34:7). By His own admission, that is one of His distinctions.

The special name one psalmist has for God is: “God-Who-Forgives.” (Psalm 99:8). Another psalmist says: “If You, Lord, should mark iniquities, O Lord, who could stand? But there is forgiveness with You, that You may be feared.” (Psalm 130:3-4).

Because God forgives, we can have the audacity to come before Him and worship Him. We can: “come boldly to the throne of grace, that we may obtain mercy and find grace to help in time of need.” (Hebrews 4:16). Otherwise, we would be consumed because of our sins.

Jesus draws a parallelogram between love and forgiveness when he says to Simon the Pharisee about the woman of easy virtue who crashed a dinner party and was kissing His feet: “I say to you, her sins, which are many, are forgiven, for she loved much. But to whom little is forgiven, the same loves little.” (Luke 7:47).

Since God has forgiven us for all our sins, we must also forgive others for their sins. He who was forgiven must forgive. Therefore, we must forgive even killers like the Boko Haram. If there is to be an end to evil in the world, it can only come through the forgiveness of sins.

Peter says: “Above all things have fervent love for one another, for ‘love will cover a multitude of sins.’” (1 Peter 4:8). Love can only cover sins through forgiveness. Solomon says: “He who covers over an offense promotes love, but whoever repeats the matter separates close friends.”

What is the difference between someone who tells a lie and someone who murders the innocent? According to the scriptures, there is absolutely no difference. Both are sinners. Both have fallen short of the glory of God.

Man determines the gravity of sin by how grievous it is to us, making murder more problematic for man than lying. However, all sin is first and foremost against God, and to God, murder is just as grievous as lying.

God says: “The soul who sins will die.” (Ezekiel 18:4). That means the soul who tells a lie will die, and the soul who kills the innocent will also die. The penalty is the same.

Simply put, that means a liar is also a murderer.

Nevertheless, Jesus prayed while dying on the cross: “Father, forgive them, for they do not know what they do.” (Luke 23:34). Stephen said the same thing while they were stoning him to death: “Lord, do not hold this sin against them.” (Acts 7:60).

Jesus is the author and finisher of our faith. If He can forgive us for killing Him because of our sins, we should forgive everyone, including even the Boko Haram, for their sins.

The grace of God is never earned. It is freely given. No one merits it. But some sinners have obtained mercy. That does not foreclose the fact that others will obtain mercy as well. Jesus is not the Saviour of Christians. He is the Saviour of all men. (1 Timothy 4:10). He is: “the Saviour of the world.” (John 4:42).

The scriptures reveal that God: “desires all men to be saved and to come to the knowledge of the truth.” (1 Timothy 2:4). One thing is certain, God will get whatever He desires since He: “works all things according to the counsel of His will.” (Ephesians 1:11).

This means there is salvation in the works even for the murderous Boko Haram. Paul says: “As in Adam all die, even so in Christ all shall be made alive. But each one in his own order.” (1 Corinthians 15:22-23).

Paul himself was a terrorist like the Boko Haram who supervised the killing of Christians. Since this did not prevent him from receiving from Christ the forgiveness of sins, neither will it prevent the Boko Haram.

Paul says: “This is a faithful saying and worthy of all acceptance, that Christ Jesus came into the world to save sinners, of whom I am chief. However, for this reason I obtained mercy, that in me first Jesus Christ might show all longsuffering, as a pattern to those who are going to believe on Him for everlasting life.” (1 Timothy 1:15-16).

The promise of God does not exclude the Boko Haram from forgiveness. God says in Hosea: “In the place where it was said to them, ‘You are not My people,’ there it shall be said to them, ‘you are sons of the living God.’” (Hosea 1:10).

He says furthermore: “I will have mercy on her who had not obtained mercy; then I will say to those who were not My people, ‘you are My people!’ And they shall say, ‘You are my God!’” (Hosea 2:23). CONTINUED.