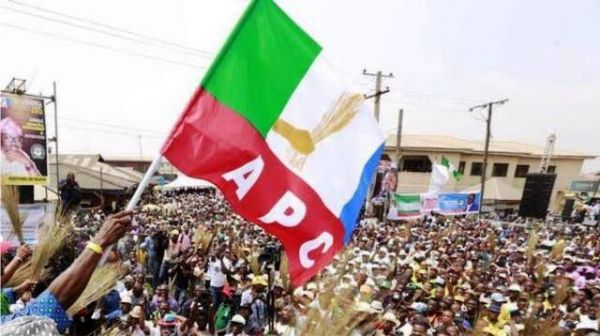 Kalu Agu, a chieftain of All Progressives Congress (APC), has asked a federal capital territory (FCT) high court to stop the party from proceeding with its congresses scheduled for Saturday.

Agu, who is vying for the position of the national legal adviser in the party’s next national convention said Mai Mala Buni’s position as chairman of the caretaker committee violates Section 183 of the 1999 Constitution which prohibits a governor from holding another executive position.

In the suit marked CV/1812/2021, dated July 29, Agu also submitted that the Buni-led committee is also illegal because they were not elected into position as required by the Electoral Act and the party’s constitution.

“The 1st defendant is presently being administered by unelected usurpers in which the 2nd defendant (Buni) is their henchman.

“The 2nd defendant is the governor of Yobe state and by Section 183 of the 1999 Constitution cannot hold an executive position in addition to the position of executive chairman of any other body.”

Agu who is also a lawyer is asking the court for a “perpetual injunction restraining the defendants, their agents, assigns and others, whowsoever, from proceeding to embark on any process for the election of officers of the 1st defendant at any level of the political structure in Nigeria created by the Constitution of the 1st defendant.”