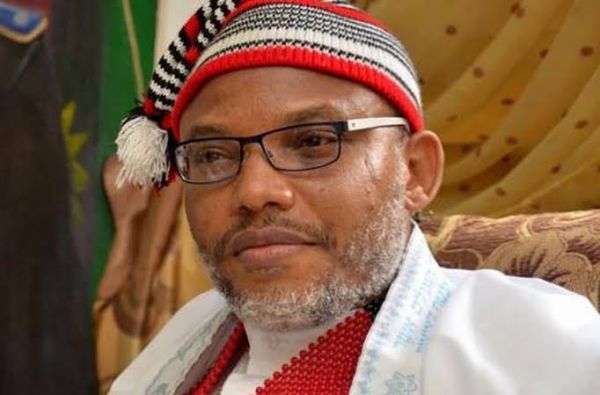 The family of Nnamdi Kanu, a secessionist leader and British citizen who is detained in Nigeria, has accused Britain of failing to provide him with consular assistance, the family’s London lawyers said on Thursday.

Kanu, leader of the Indigenous People of Biafra (IPOB) group that campaigns for part of southeastern Nigeria to secede, was brought back to Nigeria in June after years on the run abroad and is being held pending a treason trial.

Bindmans, a London law firm, said it had sent a pre-action letter to British Foreign Secretary Dominic Raab on behalf of Kanu’s family, challenging Britain’s failure to assist him.

A junior Foreign Office minister had said last week that Britain stood ready to provide consular assistance to Kanu and had requested consular access from the Nigerian government.

However, Bindmans said no consular visit had taken place.

“Despite the family’s concern that he has been subject to torture and is being denied essential medical treatment, the British High Commission has so far failed to visit him in detention,” it said in a statement.

Kanu was supposed to appear in court in Abuja on Monday but the authorities failed to produce him, citing logistical issues. His trial was adjourned until October.

Nigeria has not revealed the circumstances of Kanu’s detention. His Nigerian lawyer has accused authorities in Kenya of detaining and mistreating him before handing him over to Nigeria; Kenya has denied involvement.

Bindmans said Kanu might have been the subject of extraordinary rendition from Kenya to Nigeria, an unlawful practice.

The Foreign Office in London did not immediately respond to a request for comment.

IPOB wants a swathe of the southeast to split from Nigeria. The region tried to secede in 1967 under the name Republic of Biafra, triggering a three-year civil war in which more than a million people died, mostly of starvation.