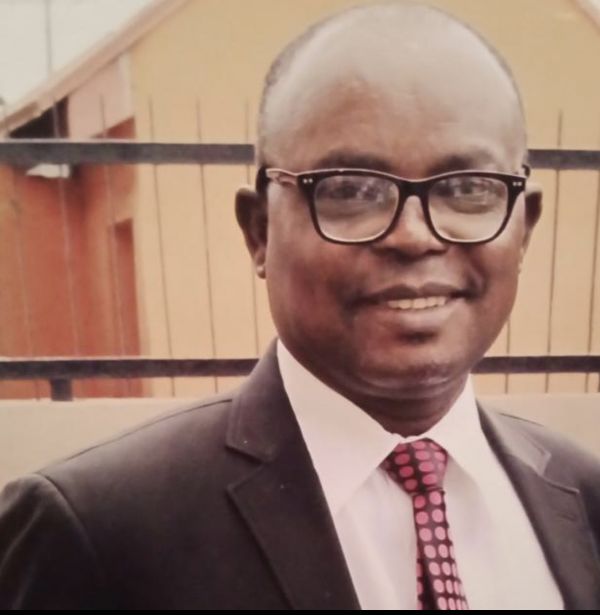 This is not about the PDP or APC or any political party – better still, political platform – for there are really no political parties properly so-called in the present Nigerian political system. What we have are mere political platforms on which politicians contest elections, considering whichever one at any point in time serves their selfish interest. The situation is akin to someone travelling from Point A to Point B who went to the Garage to board a vehicle. He gets there and makes his choice depending on the fares, the type of vehicles available (for his desired comfort), and the one that will quickly get him to his destination. That is why politicians change parties as if changing their pants.

In a sense, parties here can still be defined as the coming together of like minds to pursue clearly identified goals; but the goals this time are not to serve the public interest but selfish interests. They are in politics for what is in it for them. Where their bread is best buttered is where they flock. Which party will most likely serve their selfish interest is where they kill or do anything to get on board. And the best party in that regard is the party in power. Opposition parties are rarely ever able to muster the required strength to win elections - except in the rare case of 2015 when everyone was tired of the PDP and President Goodluck Jonathan and Jonathan himself was too nit-witted not to know what to do with the awesome power in his hands.

Politics and elections are monetised here and, like I once heard a politician say, “a ki n f’owo ara eni se oselu” (meaning, “no one spends his personal money on politics”). It has to be government money; a typical case of “Owo Abu l’a fi n s’Abu la’lejo”. You entertain Abu with money siphoned from Abu! So, a party that is not in power is handicapped ab initio while the one in power has an unlimited access to the treasury. Does this, then, mean that opposition figures do not have the financial muscle to give the party in power a run for its money? Not really but a general malaise of Nigerian politicians is that any money that gets into their hand hardly comes out again. It is usually siphoned offshore while they wait for the next opportunity to add to it. It is usually the case of “olele t’o ba wo’nu eko” that does not find its way out again!

And our people cannot be completely excused from blame in the tomfoolery that politicking and elections have become in Nigeria. Gone were the days when party members contributed to finance their parties; these days, it is the party that finances party members. The order of things is reversed or inverted. As they say, “Ko si ‘so mi’ laafin mo; gbe ru mi” is what we now have! Ask the Kabiyesis! That is why money-bags have hijacked the parties. It is also why the treasury is looted by the party in power to compromise voters and those involved in the election process. How many voters vote without asking for a bribe? How many Nigerians can do what some Ghanaians did recently – rejecting bags of rice from politicians and asking for jobs instead?

So, in local government elections, it is the government in power that clears the whole slot. The Opposition usually is not on the sheet. Witness the just-concluded shambolic local government elections in Lagos and Ogun states! The sordid story is the same all over the country. If we say the Federal INEC is anything but independent, free, fair, reliable and dependable, the state electoral commissions are not a shade better. If states manipulate their own INEC so shamelessly, how can we trust them with state police? With state police they will most likely hound their opponents, the noose around the neck of the opposition becomes tighter and the dictatorship complete. This is one way the states themselves are not helping the strident and popular argument for state police.

To start with, once a party loses an election, it immediately goes into a coma or sabbatical. It rarely musters the drive to transform into a viable, vibrant, and visible opposition, give the party in power a run for its money and begin to work seriously towards the next election cycle. Four years is too long a period for politicians here to wait in the cold and plan for the next election. They better defect to the winning party so they can immediately begin to jostle for a piece of the action. That way, it will be difficult to have a vibrant political system or build a democracy that endures.

To get it right, Nigeria’s federalism must restructure if it is not to crumble in no time. Nigeria must have strong federating units, not the current 36 begging bowls. The United Kingdom’s model may still serve the needs of Nigeria if we stop wasting precious time trying to preserve the present crumbling system. Each federating unit will then decide the local government system suitable for it. The present LG system was another of the devices by the North to siphon more resources from the South, in that the North awarded itself more LGs in arbitrary and provocative manner and then made the number of LGs one of the criteria for resource allocation.

Scrap the local governments! Save the resources wasted on them and expend such elsewhere! LG elections everywhere are a sham! Let the shenanigans stop! Money wasted on such elections should be spent elsewhere. After all, what commensurate service do the LGs render? They are, for the most part, mere cost centres and cesspools of corruption. Little wonder, then, that someone called them “share the money” and everyone vamooses the next moment! This is especially so in many remote LGs all over the country!

Yours on Eid el-Kabir (Ileya) was very strong and quite instructive! Yes, Abraham sired the lines of the two major religions. Both religions accept him in their faiths but he was neither a Christian nor a Muslim. Christianity came many generations after him through Jesus Christ; same way Islam came through Mohammed. Yes, Abraham is recognized as the father of faith! Father Abraham did not ask God whether or not he should listen to the counsel of Sarah in the matter of Hagar. He simply saw an opportunity and grabbed it. Maybe he had been eyeing the poor maid (my opinion)! If he had a better mindset, why did he marry Ketura after the demise of Sarah, and at what age? Ketura gave birth to six children for him. Bible records say Abraham called all the children of the concubines, gave them gifts and drove them away for the sake of Isaac (Genesis 25). Ishmael and all the other children of Abraham became fathers of nations. The wahala existing in the Middle East today and in the world emanated from the acts of father Abraham. Yes, you are right: Christians do not observe the sacrifice of rams because the blood Jesus shed at Calvary has more value than the blood of rams. - Pa E. K. Odeleye.

Yoruba, too, are saying "Ile ya!" – Demola Akintoye.

I believe you know this: Man is full of deceit! From head to toe, he is deceit personified. He wears a white garment; yet, his mind is infernally dark! Professing one religion or the other does not purify Man. He is full of putrefaction and can only be redeemed by God Himself. Until then, let's take Man as he is: A scum of mother earth. - Dipo Onabanjo.

If the Islamic religion came through the descendants of Ismael, then, the Ileya celebration by the Muslims, which symbolises the slaughtering of a ram by Abraham in place of Isaac as directed by God, is a misconception because it was Isaac that God directed Abraham to offer as a sacrifice and not Ismael. Also, the claim that Islam is a religion of peace is a sham because, looking across the world, it could be noted that terrorism reigns supreme in areas and countries of the world dominated by the Islamic religion. - D. F. Olukotun.

Some people are only interested in showing their wealth: that they can buy cows, rams, expensive things, etc and also to celebrate meat festivals. Their heart and conduct are far from God. -  Kunbi Agbabiaje.

What gave birth to the Eid-el-Kabir festival was Abraham’s obedience to the instruction of Almighty God. Whoever among the two of his grown-up lads that he sacrificed was not relevant, That Hagai was a maid servant, that Sarah the first wife was late in having Isaac were all God’s doing. No mortal can comprehend God; that is why one of his names is Lateef/Latif/Lati (the Incomprehensible). He is Alim/Aleem/Alimi (All-knowing).That Hagai was "forsaken" I consider as one of the poisonous pedagogy, among many, in the holy Bible. The death of Jesus on the cross, which led to the shedding of his blood, had no correlation with Abraham’s case. After all, religion did not start with Christ! I want to see the lleya festival as being celebrated by Muslims as one advantage of having two wives. If not for anything, it is for the remembrance of Abraham, the father of faith. At least we have Maulud and Easter celebrations. Whether Islam or Christianity, religion is more or less a mere paint in Nigeria. – Oludoye.