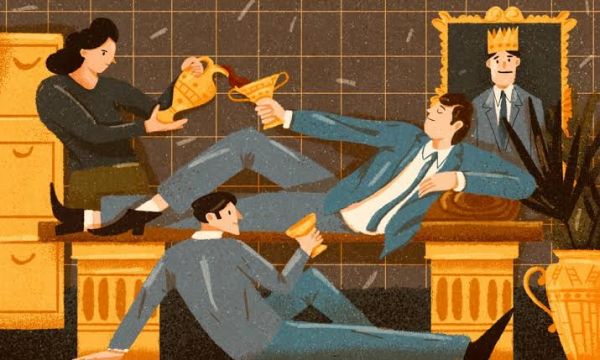 Here's what they said:

1."I've known some fairly rich people complain that they have too much money. Give it to me then — I'll put it to good use."

2."When rich leaders have fake philosophies like, 'We're in this together,' and, 'First to arrive, last to leave,' etc."

3."When they act poor to seem 'relatable,' like Shane Dawson."

4."When they lack perspective. It's shown through the advice they give ('Just borrow money from your parents,' and, 'Go back to school'). It shows that they have no idea how so many people live."

6."My rich friend orders 20 things from McDonald’s and eats two of them, and then throws the rest away. I’m not exaggerating. She is infinitely kind and generous, but that kind of waste makes me shake my head."

8."When they tell people, 'Travel and expand their horizons.' Traveling is expensive."

9."When they act like or say they’re 'self-made' when they grew up affluent."

10."Offering the 'You should just…' advice. Having unlimited funds allows for risk taking in a way that working people can’t relate to. No, I can’t just quit my job. I have rent to pay."

11."When they're so freaking cheap. They won't leave tips or will argue over 10 cents while shopping."

13."When they complain that people on welfare haven’t earned that money and don’t deserve it; meanwhile rich people spoil their kids or give them comfortable jobs as if they've earned that stuff."