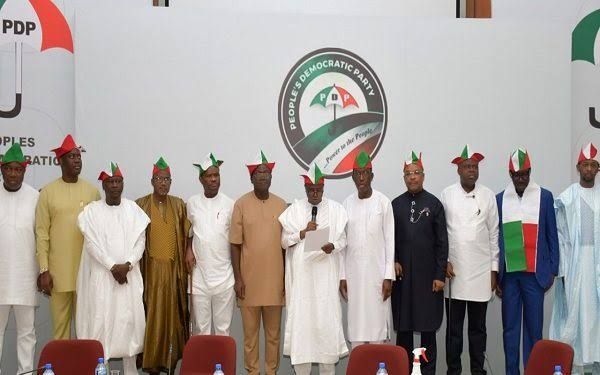 While the senate passed the electoral act amendment bill to empower Nigerian Communications Commission (NCC) to determine the electronic transmission of election results, the house of representatives adopted the use of technology “where practicable”.

The two chambers of the national assembly are yet to harmonise and hold a common position on the bill.

Addressing reporters in Bauchi after the PDP governors met on Monday, Aminu Tambuwal, Sokoto governor, said the electronic transmission of election results must be part of the country’s laws.

The governor urged Independent National Electoral Commission (INEC), NCC, and Universal Service Provision Fund (USPF), among other government agencies, to deploy the necessary infrastructure that will facilitate the electronic transmission of election results.

“The governors noted that the method was prone to massive rigging and such other electoral malpractices as evidenced in the 2018 APC primary elections. Political parties should be allowed to decide their method of conduct of primaries as such would promote internal democracy,” he said.

The governors also called on Nigerians “to use the opportunity of the PDP e-registration exercise which will kick off soon, to register as PDP members, while PDP members should update their membership electronically”.