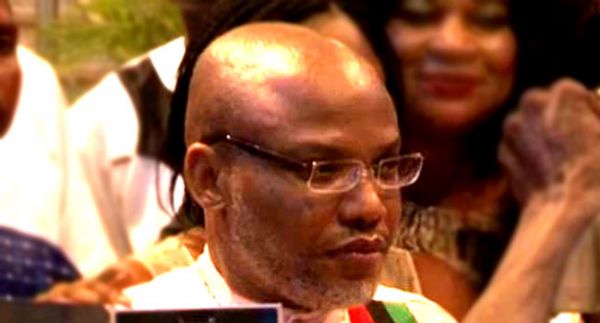 State Security Service (SSS) failed to produce Nnamdi Kanu, leader of the proscribed Indigenous People of Biafra (IPOB), for his scheduled trial at the Federal High Court in Abuja on Monday.

The trial was stalled not just because of Kanu’s absence from court, but also because the judges of the court began their vacation on Monday, the trial judge, Binta Nyako, said.

Nyako adjourned the case till October 21.

Earlier, the prosecuting lawyer, M. B Abubakar, informed the judge that Kanu’s absence might be due to “logistical” issues encountered by the SSS, the agency holding him in custody.

However, Kanu’s lawyer, Ifeanyi Ejiofor, countered the claim of the prosecution, saying the IPOB leader had been moved out of Abuja.

The separatist, who was granted bail in April 2017, fled the country after the invasion of his home in Afara-Ukwu, near Umuahia, Abia State, by the military in September of that year.

Kanu was rearrested and brought back to Nigeria in June, about four years after his trial on charges of treasonable felony was stalled due to his disappearance from the country.

The judge had on June 29 ordered Kanu to remain in SSS custody.

It remains unclear why the SSS failed to produce him in court on Monday, as the operatives of the spy agency had taken over the premises and the adjoining roads much earlier before the proceedings started at about 11.10a.m.