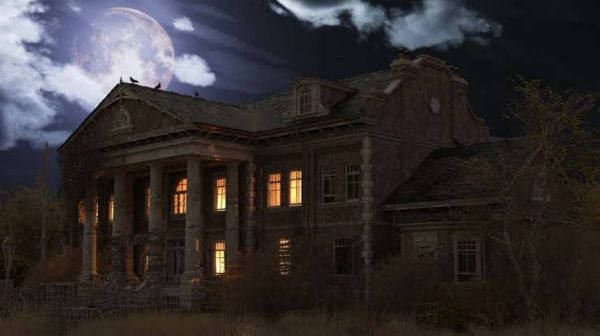 While most real-estate firms try their best to conceal potentially disturbing details about the properties they are trying to sell or lease, one Japanese company puts these details front and center, focusing on the advantages haunted or spooky houses have.

Jikko buken, the Japanese term for “accident properties” are a controversial aspect of Japanese culture. The term describes generally undesirable homes, be it because of their proximity to cemeteries or crematoriums, or because of disturbing events that took place in them, from suicide, to accidental deaths or even murder. Because Japanese law states that any potential buyer or renter needs to be notified about any such details, the term “accident property” is generally used. But while most real-estate companies avoid giving details about the “accidents” in their listing, Jobutsu Estate, aka Buddhahood Real Estate, has built its business model around giving potential clients as many disturbing details as necessary.

Founded in April of 2019, Jobutsu has built a reputation as the number one “accident property” real estate company. On its website, properties are sorted by a number of categories relating to the stigma around them, including suicide, murder, proximity to cemeteries or funeral homes, etc.. It is a model unique to Buddhahood Real Estate, one that has so far proven very effective from a business standpoint.

“I wanted to make real estate transactions smoother by making it open rather than hiding it,” Jobutsu founder and CEO, Koji Hanahara, told Asahi. The company can be accused for going into too much detail, as it even sorts properties by whether the person who died there was discovered within or after 72 hours, or if they died in a housefire.

Although Japanese law requires real-estate companies to inform potential clients about the “accidents” that took place in the properties they are trying to sell or lease, there is no clear guideline on how to do that.

Koji Hanahara claims that most companies will try their best to keep disturbing details from buyers. For example, if 10 years have passed since the “accident”, or if the person is not the first to move in after the demise of the previous owner, they won’t even mention it.

Hanahara says that he built his business around “accident properties” after someone asked him if he was interested in promoting a home in which someone had died of natural causes. His elderly mother lived alone so he saw “lonely death” as a familiar issue. After doing some research, he found that over 20% of Japanese people live alone, so it was a nationwide problem.

There are over 50,000 “accident properties” listed for sale or lease in Japan, but the manner in which these controversial properties are being promoted is inadequate, according to Koji Hanahara. His company is trying to change this. They are up-front about the history of the place, and emphasize the financial discount they come with (from 10 to 50 percent cheaper than regular listings).

Young and elderly people are the main age demographics interested in the stigmatized properties featured by Jobutsu, as they care more about the financial discounts than the accidents that took place in them. Still, Hanahara believes there is plenty of room for growth in the market, as these types of homes are ideal for foreign workers or other categories with difficulties securing housing.

To make accident properties more appealing, Jobutsu Estate also specializes in cleaning, disinfecting and renovating such homes, and offering a Buddhahood Certificate as proof of the work they conducted.

The unique Japanese real-estate company even has a YouTube channel where it goes into detail about the particularities and benefits of accident properties.