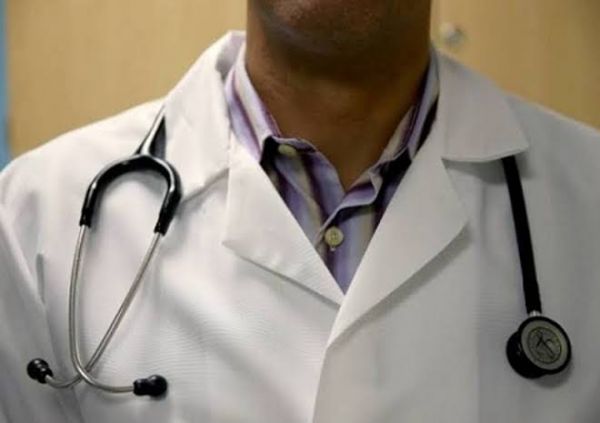 A medical doctor, Solomon Nidiamaka, working with General Hospital Ugwolawo, in Ofu Local Government Area of Kogi state has been kidnapped by gunmen.

Nidiamaka was forcefully taken away by the kidnappers around 8:30 am from the hospital premises on Monday.

The statement reads; “The State Officers of the Nigerian Medical Association (NMA) Kogi State wish to inform all concerned that our member, Solomon Nidiamaka, who works at General Hospital Ugwolawo, Ofu Local Government Area was forcefully taken away by kidnappers around 8:30 am on 19th July 2021 from the hospital premises

“We call on the government of Kogi State and all security agencies to work very hard towards his early and safe release”.

Police Public Relations Officer, (PPRO) for Kogi State, William Aya, said the command was yet to be aware of the situation.

He however promised to get back to our correspondent after receiving first-hand information from the Divisional Police Officer, DPO in Ofu Local Government of Kogi State.

Kidnapping seems to have resurfaced in the state following series of abductions, especially in the last three weeks.

A traditional ruler in Ajaokuta council area of the state, the Adogo of Eganyi, Muhammed Adembe was kidnapped last week and only regained freedom on Sunday after five days with the kidnappers; a pharmacist, Abdullazeez Obajimoh was also whisked away to an unknown destination at the western senatorial district.

This was at the heel of a pastor and his wife who were kidnapped about two weeks ago and their whereabouts still unknown; coupled with the abduction of a community leader in Mopamuro council area, Sunday Agbogun, who is still with his abductors.