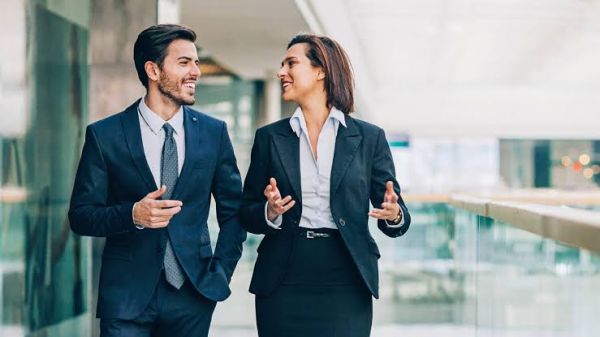 So you stiffen your spine, sum up your courage, and ask.

And get turned down.

Which, according to a 2013 review of more than 40 studies published in Communication Studies, is where you went wrong.

If you're like most people, you don't like to feel put on the spot. When that happens, you naturally get defensive. Your walls go up.

The "but you are free" (BYAF) rule avoids that problem by instantly giving the other person an out.

All you have to do, the researchers write, is "weaken the target's perception that her or his freedom to say no is being threatened."

Or in non-researcher-speak, always give the other person an explicit out by including some version of "but you are free to say no":

"We're looking for volunteers, but you are free to say no."

"Could you give me a hand? I know you're busy, so please don't feel like you have to."

"I completely understand if you don't have time, but could you ... ?"

According to the researchers, simply include a statement that lessens the possibility the other person feels like they don't have a choice and that person is more than twice as likely to say yes to your request.

How to apply the BYAF rule

First, recognize that your wants or needs are important. But only to you. (As plenty of coffee mugs say, "Poor planning on your part does not constitute an emergency for me.")

The severity of your problems and challenges -- or, on the flip side, the extent of your goalsand dreams -- does not mean other people should be feel more obligated or willing to help you.

Be emotionally intelligent enough to realize that.

Especially when it feels like we decided to step in, step up, and lend a helping hand.

The more you make it easier for the person to say no, the more likely they will be to say yes -- and, more important, the better they will feel about saying yes.

Because we all like to feel our time and effort has made a difference.

Which makes the BYAF rule a definite win-win.