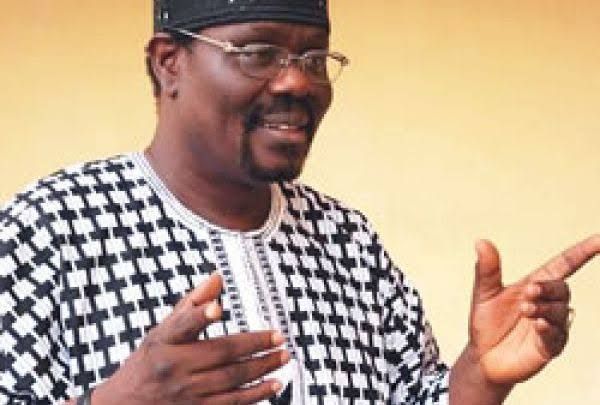 Much has been said and written about the crude, brutish, uncivilized, cowardly and roguish assault on the Ibadan residence and person of the globally acclaimed symbol of Yoruba Resistance Sunday Adeyemo  famously known as Igboho, on the night of Thursday July 1, 2021.

Combined forces of the Abuja Central Government inclusive of a detachment of the Military, the DSS, and alleged French-speaking mercenaries reportedly broke into Adeyemo’s house like armed robbers in the night and inflicted horrendous terrorism and mayhem on both the premises and all the occupants in the house including cats. Unarmed persons were killed and several persons were abducted.

This was actually the dramatization of the earlier threat of President Muhammadu Buhari that he would ‘speak to’ a section of the country ‘in the language they understand’. That in fact and indeed was the actualization of the language of violence, terror, and vandalization aforesaid.

When the news of the havoc broke, the entire world, courtesy of social media, the Digital Age, and information dissemination agencies across the globe, was shocked and astounded that such unprovoked and unmitigated brutality could be visited on a peaceful private citizen in a country purported to be under a democratic dispensation and subject to the decencies of the Rule of Law and Civilization.

All the countries of the world are very familiar with the daily news and videos of the atrocities being inflicted on unarmed innocent citizens of Nigeria by criminals of all shapes, colours, and dimensions and Buhari's apparent failure to challenge, confront and eliminate those criminals acting under the guise of religious extremism, cattle herding, primitiveness and intolerance.

Everybody is aware that Nigeria has been operating as two-countries-in-one with laws and mores governing the core North of the country and another set of discriminatory master-servant laws in the South.

All the Embassies in Nigeria, United Nations Agencies as well as Non-Governmental Institutions across the globe know of UN-classified Terrorist Organizations like Boko Haram, Myetti Allah and the rampaging hordes of Militias that have turned the entire landscape of Nigeria to a killing-field.

The Insecurity challenge which has obviously swallowed up the country is so bad that the President, his Minister of Defence and several Governors in the North of the country have called on the harried and frightened citizens of the country that are, on daily basis, kidnapped, raped, maimed and butchered to resort to self-help.

Adeyemo, a very successful businessman who should be enjoying his middle-age with his family was called upon by the cries and agonies of his people, the Yoruba, who are under credible threat of annihilation and programmed pogrom to rally people in defence of their ancestral land and their men, women and children under unprecedented unprovoked siege.

While this was/is going on, the Central Government openly treats the criminals kidnapping and slaughtering Nigerians all over the country, especially in Katsina, Zamfara, Sokoto, Kebbi, Yobe, Plateau, Benue, Nassarawa, Kogi, Niger, Taraba and even Borno, the epicenter of Insurgency in the country with kid gloves and even regularly sends emissaries with fat inducements to beg the terrorists.

It was therefore a rude shock to most Nigerians and informed observers all over the world that the Central Government, notorious for worshipping the insensitive and shameless god of Double Standards, should send heavily armed agents of government to viciously attack Adeyemo’s house in the dead of the night while AK-47 wielding marauders, kidnappers, murderers, heartless rapists, foreign militia men and land-grabbers are roaming the streets, highways, forests and other people’s farmlands with unprecedented and baffling impunity.

It was the more dastardly that Adeyemo was not accused of any breach of international or local laws, he was never invited by the police, there was no search warrant presented to him and no reason whatsoever to barge into his premises with such disrespect and disdain. All he has said, without harming anyone, is that criminals killing his people and endangering the peace of the land should vacate Yorubaland and stop the gory killings.

Perhaps the Central Government needed to be told that but for the immediate intervention and pleas by the Yoruba Elders and revered Yoruba traditional Institutions, the enraged and aggrieved Yoruba youths across the 10 Yoruba-speaking states would have set the country ablaze in protest and retaliation.

Several Yoruba Self-Determination Organizations and the Youths from Lagos to Lokoja, from the Itsekiris in Delta and their environs and from Badagry to Kishi and Jebba were prevailed upon to honour the Yoruba sophisticated civilization and refrain from responding in kind. Okun kii ho ruru ka wa ruru... we don’t calm sea turbulence with turbulent paddling...

Adeyemo should not be perceived as a ‘misguided youth’. At 50 years of age, Adeyemo, perhaps a grandfather, is an accomplished elder and leader in his own right. While it is true that Adeyemo is a very humble and respectful individual imbued with the most decent and noble in Omoluwabi ethos, he is certainly not a ‘child’.

Our irreplaceable, inimitable and incomparable Sage of all time, Obafemi Awolowo made all his remarkable and extraordinary landmark achievements before he turned 50 in 1959. Yakubu Gowon ruled Nigeria from Age 32 while Murtala Muhammed performed wonders before he turned 38.

Father of Africa's modern Journalism Ismahil Babatunde Jose who grew the Daily Times from a mere  single newspaper company with 2 titles into 9 Limited Liability companies, and added 7 titles to the stable, achieved the inimitable feat in Newspaper administration and business management before he turned 50 in 1975.

Yes, Richard Akinjide was a Federal Minister in this same country at age 27.

And let no one delude themselves that Igboho was abandoned by his people. And no one should continue to harass and attack him for sensitizing and mobilizing his people to defend themselves and their ancestral lands as recommended by Buhari’s Minister of Defence and most of Nigerian state governors.

The relative peace the Yoruba Obas, Yoruba Institutions, and the citizens of Yoruba nation may be enjoying now can be traced to Igboho’s heroic efforts to embolden his people and his assurances that he was ready to lay down his life so that his children, grandchildren and several generations yet unborn would not be driven out of their ancestral lands and would never be slaves or a conquered people in their own country.

Adeyemo is loved, respected, admired and trusted by his people both at home and in the Diaspora even if most of the elders, the Intelligentsia in government employment, government contractors and barons of Commerce and Industries in Nigeria are not talking on Nigeria’s harassed  media and in the market place.

Adeyemo is just a heroic Messenger of his people. If for any reason anybody does not like his message or the tone of delivery, please spare the Messenger.

Adeyemo, a.k.a Igboho Ooosa is today the undisputed Symbol of Yoruba Resistance and he enjoys the support of the 65 million Yoruba in the confines of Nigeria Territory as well as the over 250 million Yoruba spread across the Globe.

Nobody on horse back stays atop of the horse forever. Nothing lasts forever, not even Life!