Two soldiers killed in firefight with gunmen in Enugu – Official 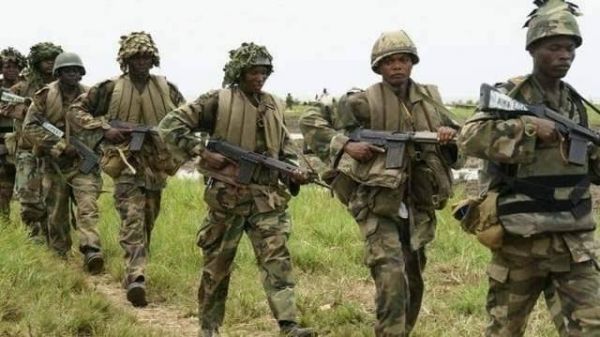 Spokesperson of the army, Onyema Nwachukwu, said in a statement on Wednesday that the two were killed during a gun battle between troops and some members of the Eastern Security Network (ESN), the security arm of the pro-Biafra group, (IPOB).

He said members of ESN attacked troops’ positions at Iggah/Asaba checkpoint on Tuesday, leading to a gun battle.

“Sadly, during the fire fight that ensued, two soldiers paid the supreme price.

“Troops are currently on the trail of the criminals,” he stated.

Nwachukwu assured the public of Nigerian Army’s commitment to provide adequate security in collaboration with other security agencies.

“We also urge members of the public to complement the efforts of security agencies by remaining law-abiding and by providing useful information on the fleeing gunmen,” he added.

The killing of the soldiers indicates that the security challenges in the South-east may be far from over.

The region in the recent past had witnessed deadly attacks on security agencies and public facilities like the courtrooms, prisons, and the offices of the Independent National Electoral Commission.

IPOB, which has been proscribed by the Nigerian government, had repeatedly denied its involvement in the killings in the region.

IPOB leader, Nnamdi Kanu was recently “intercepted” in Kenya and brought back to Nigeria to face treason trial after had jumped bail and fled Nigeria in 2017.