The end of globalization as we know it - Jean Pisani-Ferry 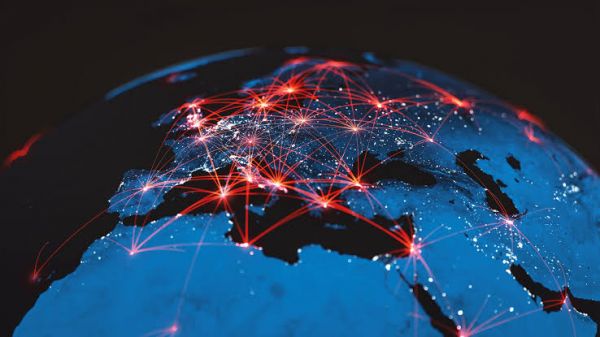 For most people, globalization has for decades been another name for across-the-board liberalization. Starting mainly in the 1980s, governments allowed goods, services, capital, and data to move across borders, with few controls. Market capitalism triumphed, and its economic rules applied worldwide. As the title of Branko Milanovic’s latest book correctly states, capitalism was finally alone.

True, there were other aspects of globalization that bore little relation to market capitalism. The globalization of science and information broadened access to knowledge in unprecedented ways. Through increasingly international civic action, climate campaigners and human-rights defenders coordinated their initiatives as never before. Meanwhile, governance advocates argued early on that only the globalization of policies could balance the forward march of markets.

But these other sides of globalization never measured up to the economic dimension. The globalization of policies was especially disappointing, with the 2008 financial crisis epitomizing how governance had failed.

This phase of globalization is now ending, for two reasons. The first is the sheer magnitude of the challenges that the international community must tackle, of which global public health and the climate crisis are only the most prominent. The case for joint responsibility for the global commons is indisputable. Achievements here have been meager so far, but global governance has won the battle of ideas.

The second reason is political. Country after country has witnessed a rebellion of the left-behind, from Brexit to the election of Donald Trump as US president to the French “yellow vest” protests. Each community has expressed unhappiness in its own way, but the common threads are unmistakable. As Raghuram Rajan has put it, the world has become a “nirvana for the upper middle class” (and of course the wealthy), “where only the children of the successful succeed.” Those left out increasingly end up in the nativist camp, which offers a sense of belonging. This calls into question the political sustainability of globalization.

The tension between the unprecedented need for global collective action and a growing aspiration to rebuild political communities behind national borders is a defining challenge for today’s policymakers. And it is currently unclear whether they can resolve this contradiction.

In a wide-ranging recent paper, Pascal Canfin, chair of the European Parliament’s Committee on the Environment, Public Health, and Food Safety, makes the case for what he calls “the progressive age of globalization.” Canfin argues that the fiscal and monetary activism endorsed by nearly all advanced economies in response to the pandemic, the growing alignment of their climate action plans, and the recent G7 agreement on taxing multinational firms all indicate that the globalization of governance is becoming a reality. Similarly, the greening of global finance is a step toward “responsible capitalism.”

One may question the scale of the victories that Canfin lists, but he is right that advocates of global governance have recently seized the initiative and made enough progress to regain credibility. Progressive globalization is not a pipe dream anymore; it is becoming a political project.

But although the globalization of governance may appease the left, it will hardly alleviate the woes of those who have lost good jobs and whose skills are being devalued. Workers who feel threatened and find protectionist solutions attractive expect more concrete responses.

In a recent book, Martin Sandbu of the Financial Times outlines an agenda for restoring economic belonging while keeping borders open. His idea, in a nutshell, is that each country should be free to regulate its domestic market according to its own preferences, provided it does not discriminate against foreigners. The European Union, for example, may ban chlorine-washed chicken (which it does), not because the chicken is produced in the United States but because the EU does not trust the product.

Similarly, any country should be able to ban timber resulting from deforestation, or credits provided by undercapitalized banks, provided the same rules apply to domestic and foreign firms. Transactions would remain free, but national standards would apply across the board.

This is a sound principle. But while application to products is straightforward and is actually in place, doing the same for processes is notoriously difficult. A given good or service ultimately incorporates all the standards in force along its value chain. True, multinationals nowadays are compelled to trace and end reliance on any child labor among their direct or indirect suppliers. But it would be challenging to proceed in the same way with regard to working conditions, union rights, local environmental damage, or access to subsidized credit.

Moreover, attempting to do this would stir up fierce opposition among developing countries, whose leaders argue that subjecting them to advanced-economy standards is the surest way to make them uncompetitive. Previous attempts to include social clauses in international trade deals failed in the early 2000s.

A major test will come in July, when the EU is set to announce its plans for a mechanism that will require importers of carbon-intensive products to buy corresponding credits in the EU’s market for emissions permits. As long as decarbonization does not proceed everywhere at the same pace, the economic case for such a border-adjustment system is impeccable: the EU wants to prevent producers from evading its emissions limits by moving elsewhere. But it is bound to be controversial. The US has already indicated its concerns about the idea, China is wary, and developing countries are sharpening their arguments against it.

The upcoming negotiations on the issue will be hugely important. At stake is not just whether and how the EU can move ahead with its decarbonization plans. The more fundamental question is whether the world can find a way out of the tension between scattered national and regional preferences and the increasingly urgent need for collective action. Climate has become the testing ground for it.

The outcome will eventually indicate whether the dual agendas of rebuilding economic belonging and managing the global commons can be reconciled. It will take time to learn the answer. The old globalization is dying, but the new one has yet to be born.