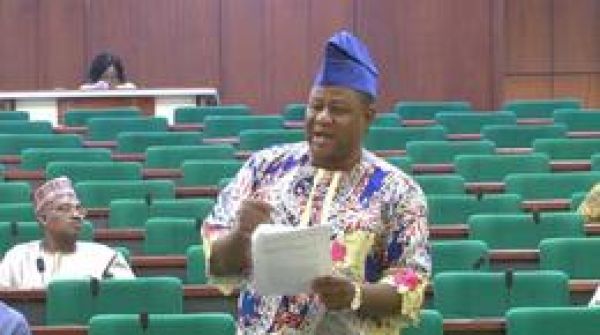 Olusegun Odebunmi, the House of Representatives member, who sponsored the bills for the amendment to the laws establishing National Broadcasting Commission (NBC) and Nigeria Press Council (NPC), says the legislative process on the bills has been suspended.

Civil Society groups, media stakeholders and many have rejected the move of the lower legislative chamber of the National Assembly.

On Monday, the front banners of major newspapers in the country bore a picture of an individual with a sealed mouth.

“Information Blackout. It’s not just against the media…. it’s about society’s right to know, your right to be heard,” read the message which accompanied the picture.

Nigeria Union of Journalists (NUJ), Nigerian Guild of Editors (NGE) and Newspaper Proprietors’ Association of Nigeria (NPAN) were signatories to the advertorial.

On Tuesday, some newspapers also published editorials against the move on their front cover.

But speaking on Channels Television breakfast programme, on Tuesday, Odebunmi said he initiated suspension of the bills to allow for consultation with stakeholders in the industry.

“Personally, I’m suspending the process for more consultation,” he said.

“What I’m saying is that NUJ cannot gag activities of the national assembly by saying ‘No you must drop it’, because obviously that is not the way.

“We have suspended the process for more consultation to happen on it. They demanded for a lot of time and I said ‘no problem, we have given you; even if you spend three, four to five weeks’. So far, more consultations from critical stakeholders, and many people have been submitting their memoranda to the National Assembly even within the industry.”

Odebunmi said the bill is not designed to gag the media.

“My intention is not to gag the press, and unless all the practitioners can say all is well with the industry, to the best of my knowledge I know all is not well. And I know the National Assembly has the power to look into the existing act,” he said.

“All is not well with the NPC agency. It is an agency of government, and you’re expecting something to be given back to the society, but until now nothing has been coming from the agency.”