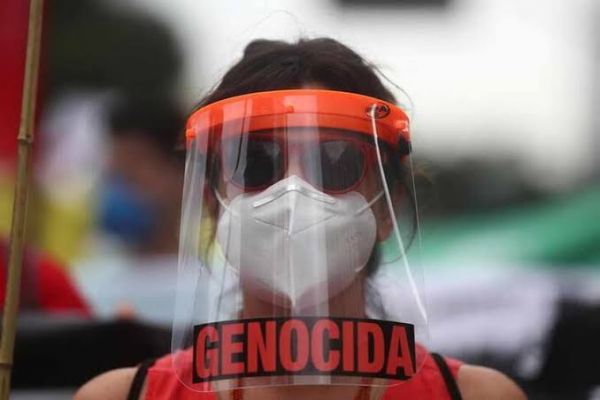 The Covid-19 pandemic has created a laboratory for testing different governance systems in the face of a public-health crisis, ultimately revealing massive variance in country performance. For example, countries in East Asia (China, Taiwan, South Korea, and Japan) tended to do a better job of controlling the pandemic than did many countries in the Americas and Europe.

But these outcomes are not about democratic versus authoritarian government, as some have argued. Among East Asia’s high performers are authoritarian states as well as strong and vibrant democracies. Nor is the difference wholly due to economic resources or public health expertise, considering that poorer countries like Vietnam have done better than many rich countries.

What, then, is behind the divergence in outcomes? While the explanation is doubtless complex, three key factors stand out from a governance perspective: state capacity, social trust, and political leadership.

State capacity may be obvious, but it is nonetheless fundamental. A country without a strong public-health system will flounder in a pandemic. This factor gave East Asian countries a big advantage. But state capacity is not the whole story. In Brazil, where the health sector has made strong progress in recent years, adequate capacity was not a sufficient condition for preventing a deeper crisis.

The second factor, social trust, works in two dimensions. A population must trust its government; otherwise, compliance with onerous but necessary public-health mandates such as quarantining will be low. Unfortunately, such “institutional trust” has been declining over the past ten years in Latin America and the Caribbean. So, too, has trust between citizens, the second dimension of social trust. In many countries during the pandemic, low social trust has interacted with high levels of polarization to produce devastating consequences.

The third factor is political leadership. In the context of a public emergency, the people at the top of hierarchical state institutions are empowered to take decisive action. Who these people are and what incentives they face can make a big difference in determining the effectiveness of their actions. Some political leaders viewed the pandemic largely as a threat to their own political fortunes and devised policies accordingly. Others took seriously their role as guardians of the public interest.

The results of these different political calculations are reflected in both the efficacy and the sustainability of national pandemic responses. Political leadership happens at many levels; but without coordinated and cooperative action across government hierarchies and sectors, the overall policy response will be less effective.

Limited state capacity, low social trust, and poor political leadership are warning signs of democratic deterioration. Globally, the pandemic has shown that we are facing a democratic recession, revealing challenges that have long been building beneath the surface. We can think of these challenges as the pre-existing conditions that have made countries more or less vulnerable to the pandemic.

Prior to the arrival of Covid-19, Latin America and the Caribbean were already beset by social unrest and political instability, reflected in widespread protests and rising populism. The region’s fractured foundations reflect a phenomenon sometimes referred to as “political decay.” When an existing political system fails to accommodate the demands of a population whose expectations have been rising on the back of positive economic and social gains, it eventually loses legitimacy and descends into instability.

After a sustained period of economic growth, Latin America’s new middle class is increasingly finding its expectations unmet, and the consequences are now coming fully into view. Frustration over persistently high levels of inequality and corruption has fueled growing resentment toward elites who are perceived as using politics to enrich themselves.

There is no easy solution to this governance problem. Investing in state capacity and building social trust can take a long time and require good political leadership. Nonetheless, in countries that are experiencing a vicious cycle of ineffective governance in the face of the pandemic, political leaders can pursue constructive action in three related areas. The first, and most immediate, is public policy. It is not too late to improve or expand measures for dealing with the health, economic, and social consequences of the pandemic.

Second, and more broadly, Latin American and Caribbean countries need to reconsider the underlying “rules of the game.” This could mean pursuing fiscal policies to redistribute incomes, adopting regulations to prevent market capture by a few actors, and creating better pathways for civil-society organizations to participate in policymaking and governance. This is a much longer project, but it will be essential for creating the types of institutions that will be needed to guard against the next pandemic.

Finally, it is important to understand the coalitions of actors that are needed to effect these changes democratically. Change requires political mobilization. At the end of the day, it is the people – that is, all of us – who make and sustain the rules and policies that we have come to call “institutions.”