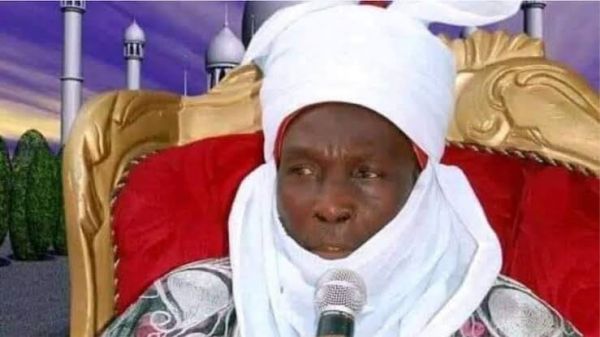 Kajuru residents Monday evening besieged the palace of their emir, Alhassan Adamu, following news that he had regained freedom from kidnappers

“We were all at home when we saw him approaching us inside the house alone,” Alhassan said.

He said the emir came back without his wives and others kidnapped with him at his palace on Sunday.

It is not clear whether a ransom was paid as it was earlier reported by Daily Trust newspaper that the kidnappers demanded N200 million for the release of the emir.

As they got wind of his return to the palace, residents trouped to the palace to celebration the development.

Adamu and 13 others were kidnapped in the early hours of Sunday in Kajuru town, headquarters of Kajuru Local Government Area of the state.

According to Daily Trust, one of the emirate’s kingmakers said the bandits reached out to them to demand N200 million.

According to him, negotiation was ongoing.