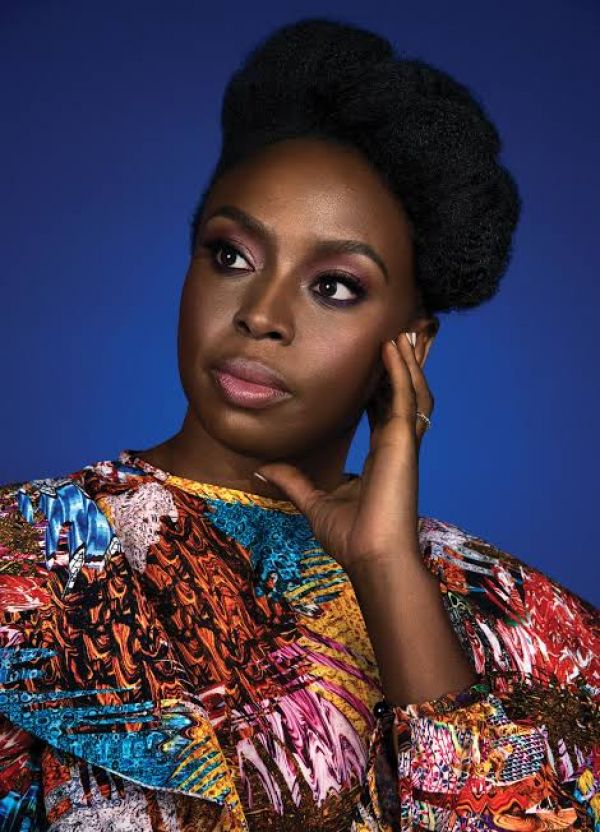 Yesterday I announced that I would unveal my thoughts regarding the IPOB leader Nnamdi Kanu. Several people reached out, advising me to be neutral and  steer clear of political discourse. They meant well for a young female writer with a reputation to protect, an image to project, and the care not to cause offense.

I almost yielded but changed my mind this morning.

The Igbos are the same people about whom I wrote my current published work, In Blood and War, a book set in the then troubled Biafra.

On principle, I consider it unethical to make money off retelling the struggle of this tribe, and in the same breath be silent about their same struggle.

It is beneath morality for a writer to choose to speak only when it favours him or her. To retreat  to silence in order not to 'taint' reputation.

To speak on this particular issue, of the man called Nnamdi Kanu, does not tribalize me or my works of literature. Especially as this remains an age-long fear of most writers; the fear of offending, a fear of stepping on toes, of banishment by a displeased societal sect, and even possible ostracism.

I speak because the making of a villain or hero often depends on who tells the story. Representation matters, when perspective becomes the thin line between an activist or a terrorist.

WHO IS NNAMDI KANU?

Nnamdi Okwu Kanu is a Nigerian Biafra political activist, and leader of the Indigenous People of Biafra (IPOB).

In a move to create an independent state for the people of old Eastern Region of Nigeria through an independent referendum, Kanu founded IPOB in 2014.

He began his activism for the freedom of Biafra as director of Radio Biafra in 2009, and anchor of Biafra awareness under Ralph Uwazuruike, leader of the Movement for the Actualisation of Sovereign State of Biafra (MASSOB).

NNAMDI on Referendum, and SECESSION

According to Article 2 of the nation's constitution, Nigeria is one indivisible and indissoluble sovereign state to be known by the name of the 'Federal Republic of Nigeria'.

Our law does not recognise the right of a state to break away from the union. The only way to legally grant such an option is through an amendment to the law.

Same constitution only addresses two scenarios where a referendum is recognised – state boundary adjustment and the recall of a member of the National Assembly.

Headstrong on this path, Nnamdi Kanu ran into trouble with the Nigerian government and was first arraigned over allegations of terrorism, money laundering, treason, others, on October 14, 2015.

Later granted bail in 2017, he fled Nigeria in September after the military invaded his home in Afara-Ukwu, near Umuahia, Abia State, in the southeast of Nigeria. A move that prompted the Nigerian government to secure a court order proscribing IPOB as a terrorist group.

Nnamdi Kanu's whereabouts remained unknown until his recent arrest a few days ago. He and his co-defendant are currently facing treasonable felony charges at the Federal High Court in Abuja, Nigeria's capital. He also faces charges on unlawful possession of firearms and management of an unlawful society. The  presiding judge adjourned the case to July 26, 2021.

Last  week, while  parceling one of my books to a buyer, a young boy of about 20 years old was making a call beside me.

At the end of his call, I understood four things:

1. He was negotiating to pay N200,000 to obtain a form that will identify him as a Niger Delta militant

2. This young man was not a militant

3. Incriminating himself and mortgaging his future through filling out such form would enable him get his share of the amnesty dished out by the Federal government monthly.

4. Our government negotiates with terrorists.

Since the arrest of the IPOB leader, my feed has been agog with posts casting aspersions on his person. Of which majority are made by Igbos, falling over themselves in a frenzy to denounce Nnamdi Kanu.

Meanwhile, a regular Hausa man is yet to put aside his Suya trade, cast on ashes and put on sackcloth, and then come on social media to endlessly bemoan the menance of Boko Haram in the country.

My ear still itches, awaiting the day a regular Yoruba  man would take a chill off a peppery dish to criticize OBJ for not being the messiah we had hoped for. No, he is their brother. They must not speak bad of him.

Neither are the Ijaws pausing the oil bunkering trade in the rivers long enough to come online and rant about  distancing themselves from militancy  in the Niger Delta region.

I am yet to see any of these tribes measure the size of their phallus by how hard they throw their kinsman under the bus.

But not your average Igbo man.

No. Not the average Igbo man with itchy fingers, who masturbates off lambasting Nnamdi. The Igbo man must belong. He must trend. It is fashionable.

The Igbos are a bit too extra on this table.

GUILTY OR NOT GUILTY?

Still on the call for secession, on the 2nd of June 2021, the President of the Federal Republic of Nigeria made the below 'heartwarming endearment' to the Igbos on Twitter :

“Those of us in the fields for 30 months, who went through the war, will treat them in the language they understand."

The above threat from the house of the presidency stinks of beating a child and asking him not to cry.

No one in their right mind departs a good home, one that is working.

Shouldn't the real question then be . . . why do these people so badly want to stay apart from the rest of the nation?

Guilty or not guilty?

Nnamdi's methodology may be rad, but his intentions are understandable. And for that, I will not throw him under the bus. Unbridled passion, passion without diplomacy, is all I see.

In the words of Peter Tosh, everyone is crying  out for peace and none for justice.

I ponder in idle musings:

Whether Nnamdi is a terrorist, depends on what you mean by a terrorist. Yesterday it was Sowore. Then the youths at the Lekki tollgate. Today Nnamdi. Or could it be that this country only understands you better when you act mad?

On nitty-gritty, we might have become a nation that picks and chooses the brand of terrorists deserving of amnesty. Perhaps the class with guns and doing the most harm are more deserving on the VIP list. That is the only way the massacre of the armless IPOB youths can make sense.

One day, in a saner clime abounding in freedom of speech, I will laud the beautiful corruption of a beloved country called Nigeria.

Till then, we will watch the brave made into examples, and shiver at the spectacle, until fear seals our lips and sends us tumbling back into the tunnel of silence.