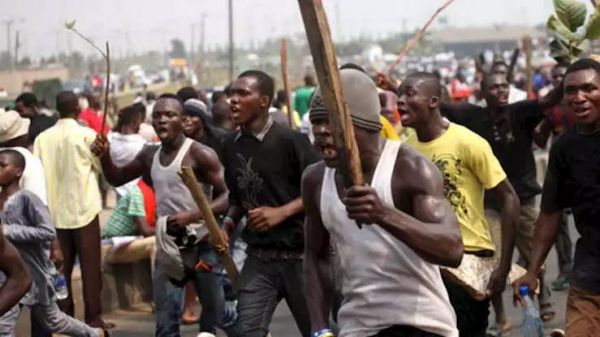 Ten persons were reportedly killed in a renewed communal clash between the people of Ezza in the Ado Local Government Area of Benue State and Effium in Ohaukwu LGA, Ebonyi State.

An Ezza native, identified simply as Emma, told our correspondent that there was a crisis on Friday between the Ezza and Effum people, leading to the death of many people. He, however, could not ascertain the cause of the crisis.

But Chairman of Ado LGA, James Oche, told journalists that 10 people were killed in the renewed communal clash. Though he did not say what led to the renewed crisis, he condemned the resurgent communal clash and lamented that it had undervalued the peace his administration was working assiduously to achieve.

Oche called on the Ezza and Effium people to immediately sheathe their swords and embrace peace, as he commiserated with the families of those who lost their lives.

In a related development, the police and new community volunteer guards in the council area have secured the release of three people allegedly abducted by suspected herdsmen in the area.

Oche disclosed that some armed kidnappers, suspected to be Fulani, had on Thursday laid siege to the road between Utonkon and Okpoga and stopped a Lagos-bound commercial vehicle from Oju LGA and took five persons hostage.

The spokesperson for the Benue State Police Command, DSP Catherine Anene, when contacted, asked for time to get details from the Divisional Police Office in Ado and promised to call back. As at the time of filing this report, she could not be reached on phone.