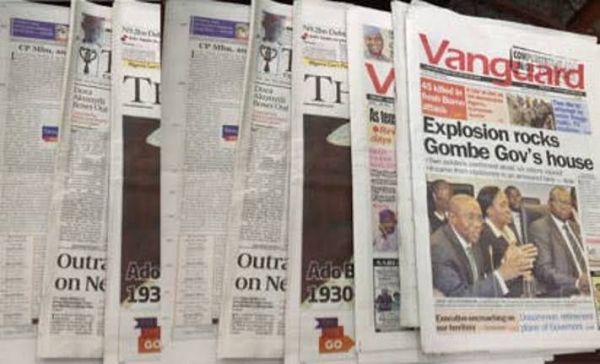 The organisation objected to the bill during a public hearing on the bill on Thursday organised by the House Committee on Information, Culture, Ethics and Values.

NPO is the umbrella organisation for Newspapers Proprietors Association of Nigeria (NPAN), Nigerian Guild of Editors (NGE) and Nigerian Union of Journalists (NUJ).

Editor-in-Chief of the Leadership newspaper, Azubike Ishiekwene, who represented the organisation at the hearing, asked the lawmakers to drop the proposed bill because of an ongoing court case.

He recounted that the eight Senate also dropped the bill due to the pending litigation.

However, in his response, the chairman of the committee, Olusegun Olatubosun (APC, Oyo), said the court process would not stop the committee from discharging its constitutional function of making laws.

Executive Director of IPC, Lanre Arogundade, who presented the position of the group, urged the committee to adopt the paths of Ghana and South Africa in the formulation of laws on media.

The group said section three of the proposed bill would make the “media the department of the federal ministry of information.”

“A professional code of professional conduct for the media should never be subject of the approval of the ministry or any other political authority,” the group states.

“The provision of section 3(d) constitutes a potential threat to press freedom and media survival as it does not provide for judicial intervention before highly punitive measures are handed down by the council and indeed could be used as a political weapon against the media.

“It is a matter that has been pending in court since 1999 but the first decisive ruling in the matter came in 2010 when the high court ruled that 17 out of the 39 clauses in the bill were unconstitutional, the federal government appeal and got a ruling in December 2010. That ruling was again appealed by the NPO and it is pending in the supreme court.

“Section 33 (3) and (4) does not give room for retraction and apology where a fake news is mistakenly published but recommends a blanket sanction up to ten million naira or closure for a period of one year or both.”

The Executive Secretary of the Nigerian Press Council, Francis Nwosu, said past ministers of information and past leaders of the National Assembly have tried to resolve the dispute over the bill.

Nwosu also called for online media to be included in the bill for regulation.

A former member of the House, Sanni Zorro, in his submission, urged the chairman of the committee to set up a tripartite committee to meet to resolve the issues raised by the journalists.

It appears the government is undeterred in the quest to strangulate free media despite the outcry.

On Wednesday, Minister of information and Culture, Lai Mohammed, also requested that internet broadcasting platforms should be included in the National Broadcasting Commission Act.