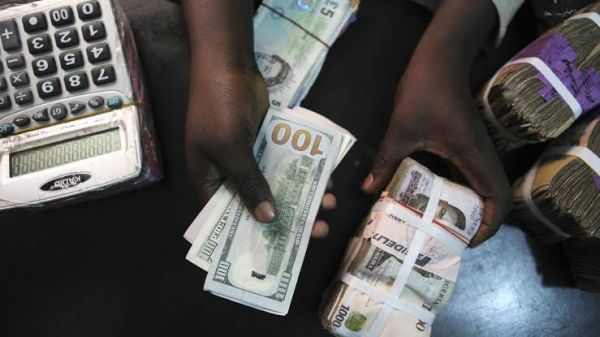 Naira gained against the U.S. dollar at the official Investors and Exporters (I&E) window and the black market on Thursday.

The currency closed at N411.50 per dollar, a 0.12 per cent appreciation from N412.00 it traded in the previous session on Wednesday.

The Naira witnessed a forex turnover of $138.20 million, this translates to a 4.81 per cent rise from $131.86 million posted in the previous session on Wednesday.

Similarly, the Naira gained against the U.S. dollar at the parallel market segment on Thursday, data posted on abokiFX.com, a website that collates parallel market rates in Lagos showed.

According to the data published, the local unit closed at N493.00 at the black market, this represents a N9.00 or 1.80 per cent appreciation from N502.00, the rate it traded in the previous session on Wednesday.

As a result of this, the spread between the black market and official market rates stood at N81.50, translating to a margin of 16.53 per cent as of the close of business on Thursday.