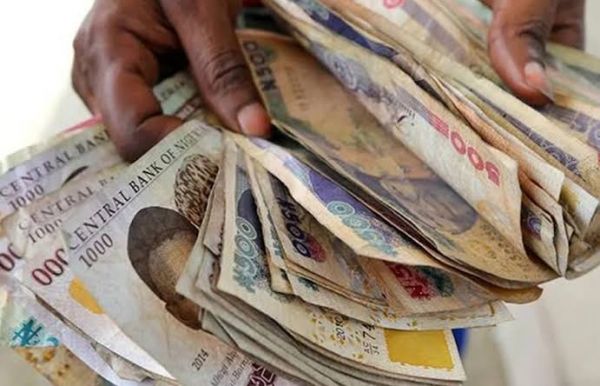 Naira fell significantly against the U.S. dollar at the unofficial market on Tuesday, after Nigeria’s foreign reserves plunged to its lowest level in four years last week.

The reserves fell by $222.3 million between May 31 and June 10 to $34.0 billion, according to figures published by Central Bank of Nigeria. The last time it fell below that mark was between June and July of 2017.

The naira also fell against the U.S. dollar at the official Investors and Exporters (I&E) window on Tuesday.

CBN, which operates a managed float, periodically supports the currency using the reserves, and a lower reserve is expected to affect the currency.

Data posted on the FMDQ Security Exchange where forex is officially traded showed that the naira closed at N411.75 per $1 at the Nafex window.

The performance on Tuesday represents a N0.95 or 0.23 per cent decrease from N410.80 the rate it traded in the previous session on Friday last week.

This happened as the day’s forex turnover increased by 85.64 per cent, with $172.24 million posted as against $92.78 million recorded in the previous session on Friday last week.

The disparity between the black market and official market rates is pegged at N93.25, translating to a margin of 18.47 per cent as of the close of business on Tuesday.