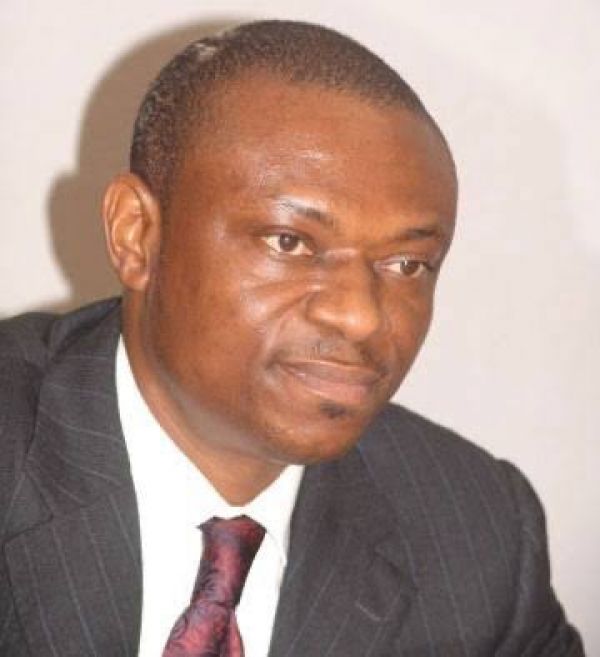 In a sitting that lasted over 11 hours on Wednesday, Lateefat Okunnu, the judge, also convicted Ugo Anyanwu, a former chief financial officer (CFO) of the bank.

The judge held that Economic and Financial Crimes Commission (EFCC) proved its case — which dates back over 10 years — beyond reasonable doubt.

Okunnu, however, discharged Elizabeth, Atuche’s wife, who was standing trial alongside the duo.

“The first defendant (Atuche) and the third defendant (Anyanwu) are found guilty of counts one to 11, 14 to 20, 23 and 24 of the charges contained in the information, and are convicted of conspiracy and stealing,” the judge said.

“On counts 12, 13, 21, 22 and 26, I pronounce the first to third defendants not guilty as the prosecution failed to prove its case beyond reasonable doubt.

“On counts 25 and 27, the second defendant (Elizabeth) is found not guilty.

“By stealing from the bank, they stole from innocent customers of the bank. I hereby make an order of restitution against the first and third defendants to refund the sums stated in counts one to 11, 14 and 24.

“The sums are to paid to the relevant agencies that recovered the funds on behalf of the bank.

The judge, however, held that the sentences would run concurrently.

Okunnu noted that both convicts defrauded the bank using well-recognised stockbrokers to transfer money under the guise of loans and shares.

“It was a well-planned, well-executed scheme but the bubble burst when the Central Bank of Nigeria intervened,” she said.

“The first defendant (Atuche) was diversionary and evasive on the witness stand; sometimes confrontational and rude. The third defendant (Anyanwu) was also combative and rude under cross-examination.”

On Atuche’s wife, the judge said there was no proof that the two companies affiliated to Elizabeth fraudulently received N2 billion worth of Bank PHB shares.

“Nothing was proved beyond reasonable doubt that she silently or knowingly endorsed the perpetuation of fraud. Rather, it was the first defendant (Atuche). On account of this, the prosecution failed to prove its case of stealing against the second defendant (Elizabeth),” Okunnu said.

Atuche’s trial dates back to 2009, when Central Bank of Nigeria (CBN), under the leadership of Sanusi Lamido, declared Bank PHB as distressed.

EFCC initially declared Atuche wanted over alleged fraud of N56 billion, after which he was detained for interrogation at the Ikoyi office of the commission.

EFCC had later arraigned Atuche, his wife, Elizabeth, and Anyanwu for their involvement in N25.7 billion fraud.

In June 2015, a Lagos high court freed Atuche of the criminal charge against him.

However, in August 2015, the EFCC had filed an appeal seeking an order setting aside the earlier judgment and also asking for a continuation of trial.