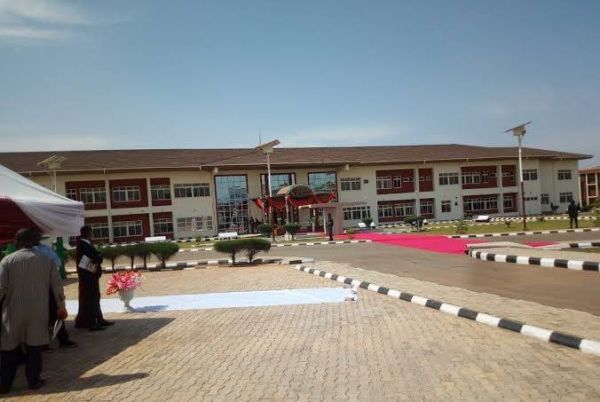 About 7,403 soldiers and officers of other security agencies have been wounded in the battle against bandits and insurgents, Nigerian Army has said.

Some have been treated and discharged with different deformities while some soldiers have been maimed for life and would require cutting edge medical facilities to keep them alive.

Acting Chief Medical Director (CMD) of the Nigerian Army Reference Hospital in Kaduna State, Stephen Onuchukwu, a colonel, made this known to a delegation of the Senate on Saturday.

The delegation was led by the Senate President, Ahmed Lawan. The visit is part of the Senate’s activities to mark the second anniversary of the ninth assembly.

Onuchukwu, who received the delegation, decried the challenges that staff and patients of the 600-bed hospital are facing.

The CMD, who is an Orthopaedic Consultant, explained that at the 44 Army Reference Hospital alone, a total of 7,403 wounded soldiers in action, have been received, treated and some undergoing treatment.

“Since the war against insurgency, about 7,403 Wounded in Action (WIA) military personnel have been evacuated to this hospital for very urgent medical attention.

“While some of such wounded personnel got treated and discharged with different forms of deformities, some are maimed for life. Those in this category are the ones with spinal cord injury being assisted with Urethral Implant for them to urinate.

“Some also have their legs and hands cut off as a result of cancerous injuries sustained at the battlefronts. These are aside others, being rehabilitated from physical, emotional and psychological injuries,” he said.

He explained that the hospital, among others, has five suites of theatres, 8-bed Intensive Care Unit, state of the art Radiology Department and an Endoscopy Unit. But despite the increased capacity of the hospital, some special procedures and treatment are still done abroad.

He, therefore, appealed to the National Assembly and the federal government to assist the hospital attaining the status of UN Level 4 Hospital.

In his remarks, Lawan said work will be done to ensure that the armed forces are properly resourced and motivated.

He said the N895 billion supplementary budget, recently forwarded to the National Assembly by the presidency for purchase of military equipment and Covid-19 vaccines, would be expeditiously considered and passed, and that more funds would be appropriated for the military in the 2022 budget.

“The country’s mounting security would expose the military personnel to different forms of injuries, thus the need for more medical facilities to cater for the needs of wounded soldiers. We can’t expect so much from you and give you little. That will be unfair.

“Our armed forces deserve the support of all Nigerians. We have to give them adequate resources to protect the country because everything needs peace and security.”

A donation of N10 million was made by the Senate to some of the wounded soldiers undergoing treatment at the hospital.

The Senate delegation, along with Governor of Kaduna State, Nasir El-Rufai, and the General Officer, 1st Mechanized Division, Ali Keffi, a major general, also visited the Wounded in Action patients across the various wards.