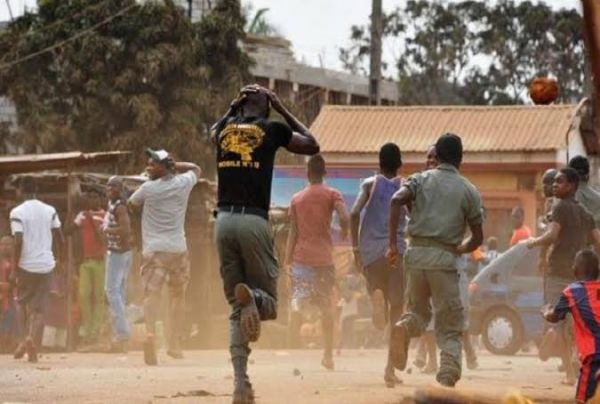 No fewer than 25 persons were feared killed by gunmen in separate attacks on communities in Benue and Plateau States.

In Benue State, no fewer than 11 people were feared killed in two separate incidents in Agatu Local Government Area of the state.

Residents of the Plateau villages said the attacks occurred on Sunday night.

He said: “Some gunmen last night attacked my constituency and killed 12 in Sabon Layi community. I have just been informed of the development and this is completely unacceptable.”

Confirming the second attack, National President of the Irigwe Development Association, Ezekiel Bini, said two people were killed at Zogu village, while others were injured during the attack.

Bini added that the injured have been rushed to the Jos University Teaching Hospital and other hospitals in the area.

He said: “Two persons died during the attack last night, apart from the others that were injured. It’s unfortunate that we have continued to bury our people on every attack by gunmen without anything being done to stop the killings by the authorities.”

Bini said the killings had been reported to the security agents.

The state Police Public Relations Officer, Gabriel Ogaba, however, said 10 persons were killed during the attack in Jos South LGA.

“We had an incident in Jos South LGA. Ten persons, unfortunately, lost their lives. But I am yet to get details on the attack in Bassa.

“The Plateau State Police Command received a report that 10 persons were shot dead in a drinking joint at Sabon Layi, Kuru in Jos South LGA by yet-to-be-identified gunmen.

“Personnel of the command and the military have been deployed in the affected area.

“The Commissioner of Police has ordered an immediate investigation to unravel the circumstances surrounding the killing and to bring the perpetrators of that dastardly act to book,” he added.

Meanwhile, no fewer than 11 people were feared killed in two separate incidents in Agatu Local Government Area of Benue State, barely one week after herdsmen attacked and killed 27 people in the Odugbeho community in the same Agatu LGA.

The latest killings also occurred in Odugbeho and two other rural villages of Aila and Adagbo.

While two people were reportedly killed in Odugbeho, the remaining nine people were killed in Aila and Adagbo villages on Sunday night.

Chairman of Agatu LG Council, Adoyi Sule, said the attack on the Odugbeho community was carried out by suspected armed herders.

He added that the other nine deaths were recorded as a result of a communal crisis between Aila and Adagbo communities.

However, eight people who were wounded during the clash were now receiving treatment in the hospital.

Benue State Police Public Relations Officer (PPRO), Catherine Anene, a Deputy Superintendent of Police, said she was yet to receive any reports about the incident.