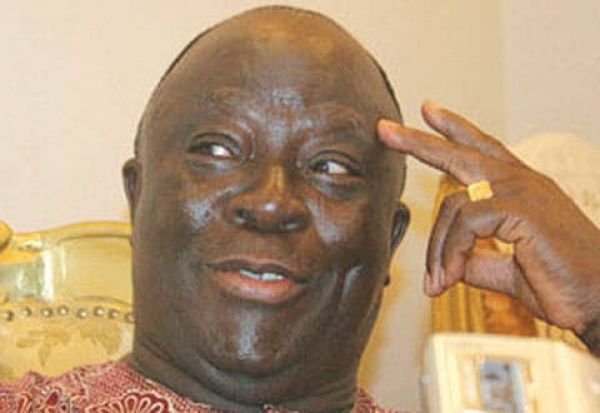 Pan-Yoruba socio-political organization, Afenifere, has come hard on President Muhammadu Buhari, describing his Democracy Day speech and recent interviews as falling short of what was expected of him as leader of a country.

This is just as it said his administration is bent on taking steps not in the best interests of majority of Nigerians.

The organization in a statement issued by its National Publicity Secretary, Jare Ajayi, expressed disappointment with the disclosure by the President that he had directed Minister of Justice and Attorney General of the Federation to ‘re-open’ the grazing routes throughout the country.

"Would such structures, including residences and factories, be pulled down so that cows would have places to graze? Compared to what would be lost economically, socially, politically and in security terms if these structures are to be pulled down, is it not better to encourage the building of ranches? We can go on and on.”

Afenifere maintained that the President’s pronouncement on the issue as well as his confession on how he determines who occupy positions at the national level indicated that his government is operating a Constitution different from the one that all Nigerians are aware of, that is the 1999 Constitution.

“For instance, Section 2 of the Land Use Act, the law governing land matters in the country, vests administration and control of lands in a given state in the governor of the state. It is such that even when the federal government wants to use a portion of land, it has to seek consent of the governor of the state concerned. Since most governors in the country have outlawed open grazing in their respective states, on which land does the federal government want to ‘open’ or  ‘re-open’ its vaunted grazing routes? Why talking of grazing routes in this age when ranching is the preferred method in all civilized climes?”, it queried.

Afenifere also faulted the president on his claim that he appointed the new Chief of Army Staff because of his experience, noting that the appointment “like many others made by his government are in flagrant breach of the federal character clause in the Constitution as well as Section 5 subsection 2 of the same Constitution which states that “national integration shall be actively encouraged, whilst discrimination on the grounds of place of origin, sex, religion, status, ethnic or linguistic association or ties shall be prohibited”.

According to the organization, only in a few instances does the federal government allowed equity, fairness and merit to characterize appointments made, stating that most of the appointments made were done in such a way that some sections of the country are alienated.

On the president’s claim that his administration had not done badly as he challenged Nigerians to compare what is obtainable now with that of 2015 when he took over, Afenifere said “Nigerians were far better off in virtually everything in 2015 than they are presently. For the President to claim that the country is better now than in 2015 clearly shows that he is not in touch with reality or that he has a different measurement when comparing the two eras”.

The organization regretted that the president confessed the seeming helplessness of his administration in combating the insecurity confronting the country presently, stating that he does not need to tell Nigerians these as they were already aware and are feeling it but rather take concrete steps to tackle the challenges.