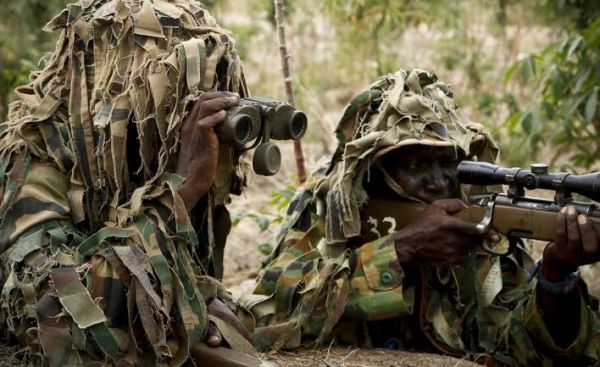 Six soldiers and a yet undisclosed number of gunmen are feared dead in Ohafia, Ohafia council area of Abia state in the early hours of Saturday as the military battled gunmen in the area.

It was gathered that on Thursday, at about 5pm, unknown gunmen had stormed the Ebem motor park, shot sporadically in the air and fled to the Amangwu area of Ohafia.

When soldiers of the 14 Brigade of the Nigeria Army got wind of the incident, they went in search of the hoodlums in the community.

However, the soldiers who could not arrest any of the hoodlums, reinforced and returned to Amangwu community.

Sources told Vanguard that in their second visit, the unknown gunmen engaged the soldiers in a gun battle which reportedly lasted for several hours.

In the gun duel, unconfirmed reports have it that six soldiers were killed, while an undisclosed number of the unknown gunmen were also shot dead.

The operation caused the natives of Amangwu to flee from their homes as many of them slept in the bush till the next morning when the soldiers returned to their barracks at about 8.45 am.

A native of Amangwu Ohafia, who simply gave his name as Udo, and resides in Umuahia, said one of his relatives called him on phone at about 4.30 am and told him he was calling from inside the bush where they had gone to take refuge.

Residents of Elu, Ebem, and other adjoining villages in Ohafia, are reportedly living in fear.

Effort to contact the Army spokesman, 14 Brigade, Ohafia, Iliya Dauda, was unsuccessful as at press time.

However, a senior military officer in the state confirmed the incident, adding that over ten gunmen were killed in the crossfire.