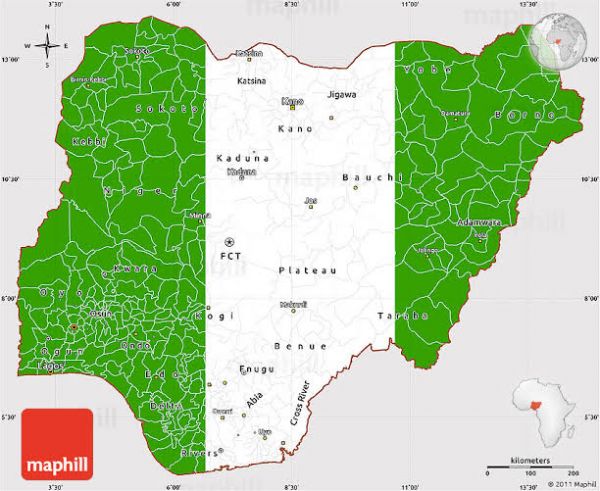 The immediate trigger for the Twitter ban was the platform’s deletion of a tweet posted on President Muhammadu Buhari’s handle, the site having judged the tweet as not abiding by its policy. However, long before this incident, on which the dust is yet to settle, the government had exhibited a willingness to censor public debate, especially on social media. The proposed but defeated Social Media Bill of 2019 was an early signal of this position. In the aftermath of the #EndSARS protests of October 2020, the Minister for Information, Lai Mohammed, publicly declared that social media must be “regulated” in order to prevent the spread of “fake news”. Several media outlets and public commentators have identified a pattern between this official position and repeated and coordinated attempts at guiding personal access to telecommunications data through registration of NIN and other directives to telecommunications companies..

While campaigning for office, Buhari presented himself as a “born-again democrat” and, once elected, swore to abide by the Nigerian Constitution. On the contrary, most of his actions and public positions, with regard to individual freedoms, are unmistakably those of a dictator. He seems to act speedily only when there is a political enemy to be punished, retreating into a habitual lethargy as soon as the threat is eliminated. To many people within and without Nigeria, the Buhari of 2021 is different from the Buhari of 1984, only to the extent that the latter is older and not wearing khaki!

This state of affairs is unacceptable, but it is not inevitable. Clearly, on the evidence of the global response to the Twitter ban, the government cannot hope to get away with this willful traducement of individual rights that are enshrined in the Constitution.

The first step towards checking this situation is to insist on the primacy of the separation of powers between the three arms of government, and the practical checks and balances it affords. The current national assembly is alarmingly in lockstep with the executive, merely rubberstamping the latter’s propositions, and for all practical purposes, sitting idly by at a time of serious national emergency. The judiciary seems astonishingly rudderless, proof of which is to be found in a variety of anomalous developments, the most recent being a strike by federal judicial workers, which went on for weeks.

Secondly, in bourgeois-liberal terms, the media are recognised as the “fourth estate,” with the intellectual and professional wherewithal to forestall acts of executive lawlessness, and failing that, having the means to sensitise the public to embracing the means of redressing such acts. Although the press in Nigeria has an impressive history of standing as a vanguard of public interest, of recent it has lost its old lustre. Of note is the general decline in the quality of public discourse and the susceptibility of media to misinformation, driven no doubt by the nature of new technologies of dissemination. Rather than bemoan this state of things or roll out censorious requirements, a truly democratic system should see in it an opportunity for a vibrant public sphere where, as the saying goes, the cream will rise to the top.

Thirdly, we have those who see the current Constitution as flawed, and have called for its overhaul. Such calls have even assumed the approach of insisting on “restructuring.” Although the exact parameters of such restructuring would need to be worked out, we support the broad principle of restructuring, in so far as it is meant as a holistic national conversation and makeover to address, and where possible repair, undeniable historical injustices, unhealed historical injuries of war and colonial and postcolonial political configurations, socioeconomic inequities, and sundry structural imbalances. While no constitution is perfect, there is a sense in which the current geopolitical structure of the country, founded on the juridical principles of the 1999 constitution, and polices arising therefrom, unduly concentrates power at the centre to the detriment of the states and other constituent units. Restructuring, properly defined and stripped of political posturing, needs to be taken seriously, but restructuring is only one of several necessary interventions needed to rescue and reinvigorate the union.

We are of the view that a transparent and consistent pursuit of the principles in the first two items serves as a starting point in addressing these ills, i.e. the lack of separation of powers; the degraded – and degrading – quality of public discourse in the media; and the persistent, if sometimes confusing, agitation for “restructuring .” This is because, in the final analysis, among the most important duties of a government is the guarantee of the safety of its citizens and their individual freedoms. On this count, the Buhari government has failed woefully, and the responses of its officials have been divisive, high-handed, and insensitive. A more equitable Constitution stands to improve the discharge of these duties, but the task of stemming the tide of widespread insecurity, political disorder, and lack of economic opportunity cannot wait.

Buhari and his officials swore to uphold the Constitution as it is. Their first task is to keep the oath of office, and this should not be done at the expense of the interests and rights of citizens. So far, they have done little to dismiss fears in certain circles that fidelity to the oath of office is secondary in their calculations.

To the proliferating calls in certain quarters for the dissolution of the union, we have two responses. First, centrifugal, separatist, and other varieties of self-determination agitation are not in and of themselves dangerous and should not be criminalised as seditious, traitorous sentiments to be violently crushed. Such agitations, which are legitimate expressions of the internationally recognised right to self-determination and are understandable products of justifiable disillusionment with the deepening dysfunction, should be handled delicately, so as not to inflame a volatile polity and so that we can separate legitimate and thoughtful struggles for regional autonomy, local developmental freedoms, and alternative national aspirations from bellicose nationalist posturing. Second, we are blessed with an incredibly rich, vibrant, complex and productive country that is worth preserving and reforming in the direction of justice, inclusion, and equity. It is true that these potentials have been routinely wasted, undeveloped, when not made to serve narrow sectional or parochial interests. The more creative option to salvage our broken nation, we are convinced, is to work for a positive change for the benefit of all, now and for the future. It is such resolve that has seen the country weather previous periodic storms, and there is nothing unusual or insurmountable about our problems. It is in this spirit that we issue this statement. Nigeria is ours to make.

Abimbola Adelakun, The University of Texas at Austin