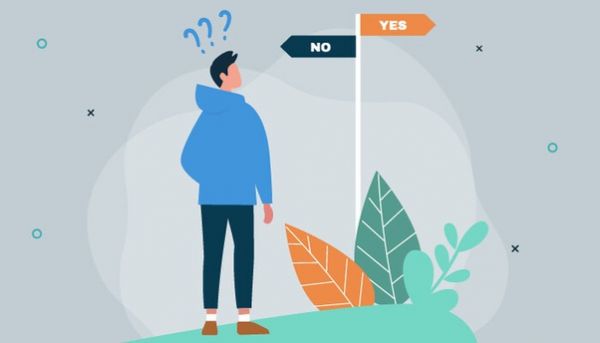 'Black Swan' author Nassim Taleb's simple approach will help you strip away the clutter to make smart decisions--without all the second-guessing.

A few years ago, I had multiple offers from major publishers to write the book that eventually became The Motivation Myth.

While that sounds like an author's dream (and it was), still: I was conflicted. The year before I had self-published a collection of existing columns. My upfront costs totaled around $500. My margins ranged from 70 percent (Amazon) to over 90 percent (Gumroad). Because of the (then) reach of being a LinkedIn Influencer, I sold tens of thousands of digital copies without spending a dime on advertising.

At the time, self-publishing seemed a viable and profitable option.

So I compared and contrasted.

The positives of self-publishing? Speed. A much bigger share of the profits. The ability to easily update material. Retaining all rights. Complete control over, well, everything.

On the flip side, going with a conventional publisher meant widespread multichannel distribution. No upfront costs. A team of talented, experienced people. A proven marketing machine. A sizable advance.

Adding more items to each list made things muddier, not clearer. I could have argued either approach equally well if asked to take a side in a debate.

I realized I was looking for multiple reasons that added up to a decision. I was trying to come up with enough reasons -- on either side -- to convince myself. What I needed to do was find one reason.

So I took a mental step back. What did I care about most?

Everything else was secondary.

For me, the single reason was writing the best book I could. All the other positives that came with a conventional publisher were icing on that single-reason cake.

When you find yourself with a complex list of pros and cons, the best way to gain clarity is to find one decisive reason to say yes or no.

Obvious decisions (robust to error) require no more than a single reason.

In fact, the more complex the decision, the more useful the single-reason approach.

Say you're opening a restaurant and trying to decide whether to lease a particular location. You list the positives. Low rent. Variety of build-out options. Landlord with a good local reputation. Short commute from where you live. Given enough time, you can come up with enough reasons to convince yourself.

As with most real estate, location is everything. Get the location wrong, and all the other positives you listed won't matter.

Get the location right, and most of the downsides will take care of themselves.

Try it. The next time you find yourself listing positives -- or, worse, searching for positives -- take a step back. Strip away the clutter. Set aside the huge list of pros and cons. Stop trying to resolve the difficult.