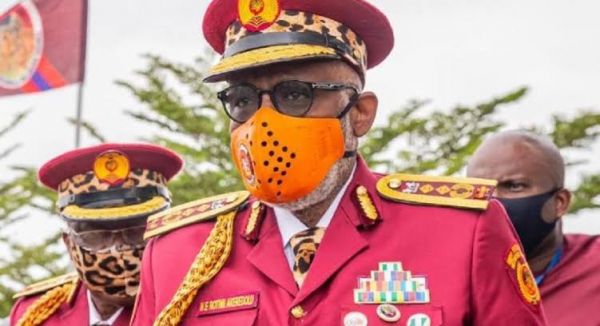 Determined to strengthen the operation of the State Security Network Agency initiative, Amotekun, in a bid to tackle insecurity in Ondo State, the state Governor, Oluwatotimi Akeredolu, yesterday inaugurated another batch of personnel into the Amotekun Corps.

The governor said the initiative is necessary since crime is a local issue that should be addressed with a home-grown approach.

Inaugurating the newly recruited 503 personnel of Amotekun at the passing-out parade ceremony in Akure, the state capital, the governor called for the support of all the stakeholders in the fight against insecurity in the state.

Akeredolu, who also inaugurated 20 new patrol vehicles and the official headquarters of the corps at Alagbaka, Akure, commended the leadership of the state security outfit for its efforts in ameliorating the security challenges in the state, promising to always provide the right leadership for the agency to thrive.

According to him, “The Amotekun Corps initiative is a baby of necessity conceived as a home-grown approach to solving the plethora of security challenges that have put the people on the edge.

“It has further reinforced our long-time view that state and community-based policing is the panacea to the country’s security challenges.

“Let me reassure the good people of Ondo State that our administration will leave no stone unturned as far as the implementation of our ‘Redeemed Agenda’ is concerned.

“The sixth goal of the agenda, which is ‘maintenance of law and order for adequate security’ is the reason we are here today. I enjoin all the good people of the state to lend their cooperation in terms of providing credible intelligence and financial support towards the success of this initiative.

“Today’s event is one of the milestones recorded by our administration in our attempt to redeem Ondo State from the shackles of poverty, disease, and underdevelopment. These cannot be achieved without a sense of safety and peace.”

In his opening remarks, the state Commander of the Amotekun Corps, Adetunji Adeleye, explained that about 600 persons applied for the job, but that after the screening, about 503 passed and were finally recruited.

He commended the governor, traditional rulers, and the people of the state for the support given to the corps to succeed in the fight against criminality in the state.