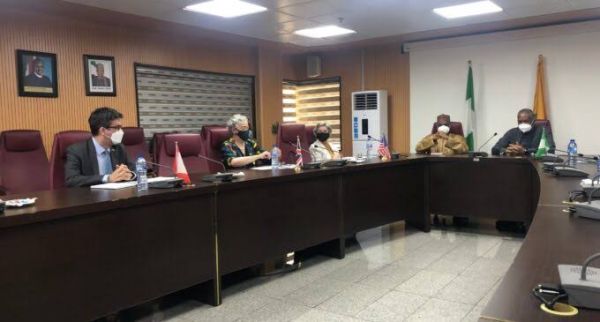 Federal government has given a condition to lift its indefinite suspension of Twitter in Nigeria.

Geoffrey Onyeama, minister of foreign affairs, said at a meeting with some envoys that Twitter’s operations in Nigeria will be restored only if the platform can be used “responsibly”.

Asked when the ban will be lifted, Onyeama said there is no definite timeline for that, but added: “The condition would be responsible use of the social media and that really has to be it.”

“We are not saying that Twitter is threatening the country or any such thing; why we have taken this measure is to stop them to be used as platforms for destabilisation and facilitation of criminality or encouragement of criminalities,” he also said.

At the meeting held in Abuja on Monday were the envoys of the US, UK, Canada and the European Union, all of whom had condemned the “indefinite” suspension of Twitter in Nigeria.

Despite the government’s claim that Twitter is being used to undermine the existence of Nigeria, some have argued the suspension may be connected to the company’s decision to delete President Muhammadu Buhari tweet recently.

In a joint statement issued on Saturday, the envoys had said: “We strongly support the fundamental human right of free expression and access to information as a pillar of democracy in Nigeria as around the world and these rights apply online as well as offline. Banning systems of expression is not the answer.”

This prompted the federal government to invite them to the meeting. After the parley held behind closed doors, Oneyema said both parties had successful discussions on the issue.

The minister said the government took the comments of the envoys “very seriously”, hence the decision to discuss the matter with them in the “usual friendly way.”

He, however, insisted that the Buhari administration has to keep an eye on its “main objective and legacy” which, according to him, is the security of lives and property.

He said Nigeria will not sit back and watch social media being used to “destabilise” the country, adding: “We want to use social media for good.”

“Differences of opinion is not a problem; everybody will not think alike,” Onyeama said.