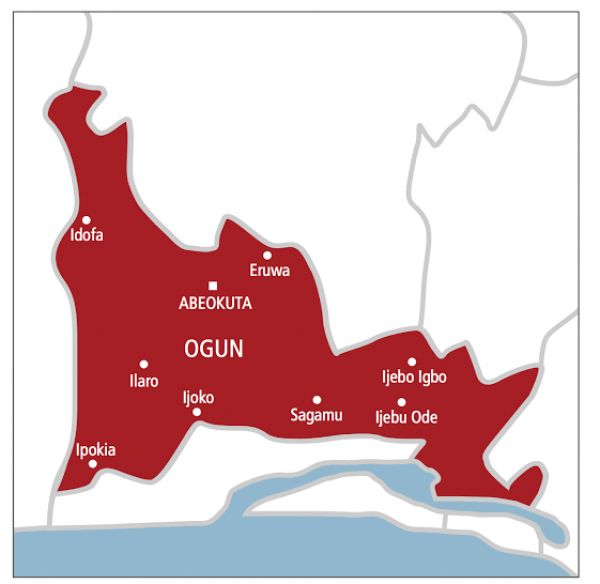 No fewer than three persons were yesterday confirmed dead when suspected herdsmen fleeing from the Igangan mayhem in Oyo State attacked Amule Ologede village, a suburb of Imeko town, in the Imeko/Afon Local Government Area of Ogun State.

The incident, which came barely 24-hours after the Igangan tragedy, left three farmers identified as Femi Bara, John Taiwo and Tunde Taiwo dead, while their newly purchased BAJAJ motorcycle was carted away by the rampaging herdsmen.

It was gathered that the trio of Bara, John and Tunde, who were riding on their motorcycle, were slaughtered by the herdsmen Sunday evening, while returning to Imeko township from their farms.

One of the community leaders and Balogun (chief warrior) of Imeko Isale, Ganiu Akinleye, who spoke on phone with journalists in Abeokuta, the state capital on the attack, confirmed that the incident happened around 11 pm, Sunday night.

Akinloye, who alleged that the Igangan attackers had relocated to a village called Sagada in Imeko/Afon L.G.A, explained that the police yesterday morning, evacuated corpses of the three victims from the village where they were murdered to the morgue of the State Hospital in Imeko town.

“Those herdsmen who escaped after killing people in Igangan are now in Ogun State. They camp in a village called Sagada, under Oke Agbede in Ward 2.

“There is a river, (Oyan) in-between Sagada and Igangan. They are there as we speak. We have informed the appropriate authorities, but no positive steps have been taken so far,” the community leader said.

Other residents, who spoke with journalists in Imeko town during a visit to the communities yesterday however, lamented that they had become vulnerable to the continuous Fulani herdsmen’s attacks on their community since they had complied with the former Inspector General of Police (IG)’s directive to submit their guns to the state command of the police.

When contacted, the command’s Public Relations Officer (PPRO), Abimbola Oyeyemi, a Deputy Superintendent of Police, confirmed the incident, but attributed it to a case of armed robbery attack.

Oyeyemi explained that since the victims’ BAJAJ motorcycle was carted away by their attackers, it would be difficult to justify that herdsmen indeed, carried out the dastardly act.

He however, stated further that the newly constituted Joint State Security outfit has been mandated to go after the suspects, bring them to book and ensure that the snatched motorcycle is not used to commit more crimes elsewhere in the state.