How this startup aims to disrupt copywriting forever 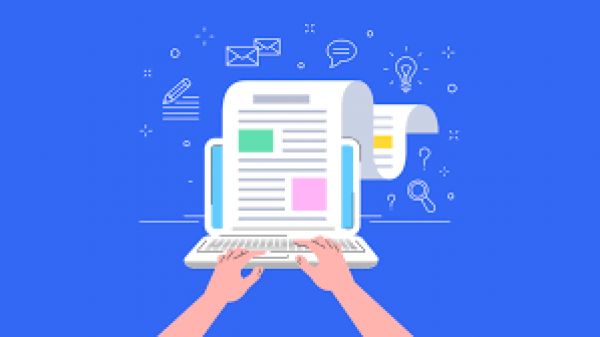 How AI can help change the world of copywriting

Writer's block is too often a big impediment to effective copy, which means it lowers a scribe's performance in the eyes of a client or employer. Every writer may go through it but there's more demands placed on storytellers given today's breakneck speed of digital marketing and social media.

Copy.ai taps into the power of artificial intelligence (AI) to give professional wordsmiths, editors, marketers and even students the ability to review several written versions of what they'd like to write about to overcome the psychological barrier of writer's block. This tool also eliminates those annoying errors and redundant phrases that glare at discerning readers.

Having tried it, the AI-powered tool turns concepts into conversational and relatable text. The site can optimize a range of messages including product descriptions, blogs, social media posts, landing pages, and everything else with text.

A user types a description and the tool generates almost a dozen versions of possible headlines, intros, body, and even Valentine's Day greetings. For example, the AI can ideate different versions of a paragraph from which to choose. Even if you only input a few words to describe a subject matter.

Interestingly, the tool seems like a godsend for procrastinating students who pull all-nighters.

According to Bureau of Labor Statistics, there are 131,200 writers and authors in the United States. The average wage is $30 an hour.

The job losses may be exacerbated by AI and machine learning since innovators are training these emerging technologies to completely replace human scribes. Whether that's possible remains to be seen. (This writer thinks that will definitely happen sooner than later.)

About 6-7 years ago, there were primitive tools that attempted to rewrite communications that were copied and pasted from other websites. These were intended to pass plagiarism checks. But the tech in those days produced such bad output as to make them unusable.

Fast forward to today and AI wordsmiths can now craft intelligent phrases that seem more humanly than your average scribe. Therefore, the future of copywriting is here.

Just watch how IBM Watson destroyed human competitors on Jeopardy! And that took place a decade ago. Similarly, it's now almost impossible for the best chess players to defeat Google's AlphaZero.

It may be humbling but truth is truth.

In music, an emotive rendition of The Sound of Music or other classics makes the sheet come alive. Can computers match the rhythmic artistry of the masters? Time will tell.

When it comes to writing styles, there's an overwhelming preference for simple, digestible language. Non-fiction is the dominant force that has drastically reduced the existence of fiction-writing artistry.

With copy.ai, it's difficult for an editor or audience to determine that the communication they're seeing on a device screen is crafted by a non-sentient entity. The output text is relatable which creates the illusion of a personal touch. The AI's phrases and syntax are not mechanical at all.
"Converting idea's into text is where this magic happens, I can see this supporting peoples who's first language might not be english validate their ideas. They often know exactly what to say but are unsure how it might land. Having a variety of options will help them craft the perfect piece. - Tarik Sehovic, Growth Advisor Copy.Ai"

One thing is certain: Brands, marketers and advertisers will love the increasing capabilities of AI and machine learning.

Should copywriters and editors fear the same? They should remember that readers are their customers and AI tools lead to better drafts. Audiences are short on time and therefore impatient with badly-written text.

Writers and authors must adapt with the times or risk being relegated to a bygone era. A consumer-facing wordsmith should use the best tools for engaging audiences.

There's a reason why stone tablets, scrolls, pencils, and typewriters are obsolete. These don't add enough value in the Information Age. What does add value are efficient and effective messages that are consumed by target demographics.

Cognitive systems are radically changing what we think of as "content." And traditional forms are being eclipsed by smarter, interactive mediums.