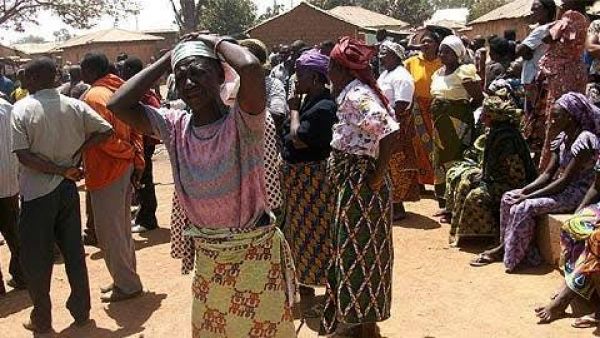 It was a mournful weekend in Kebbi and Kaduna states as bandits killed no fewer than 95 people.

In Kaduna State, five people were killed by bandits who also injured two others during attacks on Chikun and Igabi Local Government Areas of the state.

Confirming the casualty figure in Kebbi State, Public Relations Officer (PRO) of the state’s police command, Nafi’u Abubakar, a Deputy Superintendent of Police, said the command had so far recovered 88 bodies and dispatched a detachment of operatives to maintain law and order in the affected communities.

“Initially, the bodies recovered were 66. But as I am talking to you now, about 88 bodies have been recovered.”

Abubakar said the state police command had already dispatched a detachment of the officers and men of the police force to the area to restore calm.

Our correspondent gathered that majority of the people in the affected villages had escaped to the nearby Riba town for safety.

It would be recalled that in April, bandits killed nine policemen, including a Divisional Police Officer in the area, as they were responding to a distressed call.

Kaduna State Commissioner of Internal Security and Home Affairs, Samuel Aruwan, who disclosed the killing of five residents of the state by bandits in the early hours of yesterday, also said that two others were injured in an attack on Chikun and Igabi local government areas.

He said that two of the victims, Zakja Kure and Dare Daudu, were killed at Kabai general area of Chikun council, adding that security agencies also reported the killing of three people in transit and the injuring of several others around Lambar Zango area of Kaduna-Zaria Road in Igabi Local Government Area.

He said a building belonging to the Assemblies of God Church and one other were burnt by the attackers at Kabai, adding that the “spouses of some pastors sustained injuries and were receiving medical attention in a private medical facility.

Among the injured, he said, were Maryamu Daniel Naomi Danie.

“Governor Nasir El-Rufai has condoled with the families of the five citizens and prayed God grants them eternal rest.

“The Governor further prayed for speedy recovery of those receiving medical attention.

“The Governor has directed the Kaduna State Emergency Management Agency to carry out immediate assessment at the church and the other affected building in Kabai village,” Aruwan added.

Kaduna State has been in the vortex of communal clashes and kidnapping activities in recent times.

Between March and April this year, the state also witnessed the abduction of 39 students of Federal College of Forestry Mechanization in Mando, followed by the kidnapping of 19 male students of Greenfield University, also in the state, on April 20.