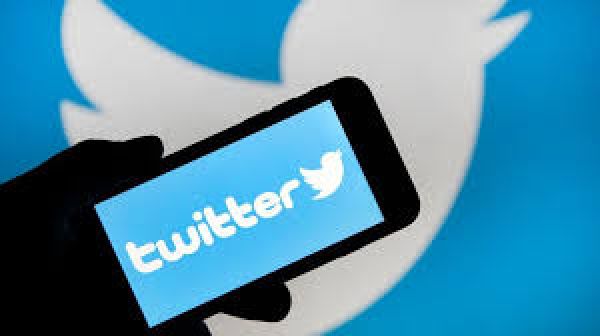 Nigerians have reacted with fury after the federal government on Friday announced a ban on Twitter, the microblogging platform millions of citizens have used for years to express themselves and hold the authorities to account.

In a shocking move, Information Minister Lai Mohammed, who had earlier claimed the platform’s objective in Nigeria was “suspect”, said the government had decided to ban it “indefinitely”, two days after Twitter deleted President Muhammadu Buhari’s post threatening violence.

Buhari evoked the civil war that killed millions between 1967 and 1970, and warned arsonists destroying government’s properties they would be treated “in a language they understand.”

Although he did not name the South East, it was in clear reference to the region where government installations have been torched in recent weeks, and which suffered the brunt of the civil war the most.

“Those of us in the fields for 30 months, who went through the war, will treat them in the language they understand,” the president posted on Twitter.

Buhari’s view drew widespread condemnation, and prompted a response from Twitter after several complaints were filed by citizens. Twitter said the post breached its rules and took it down.

For a government that has for years made clear its intention to clamp down on citizen’s access to social media, it seemed a perfect time to act.

The lawyer and activist, Femi Falana, told PREMIUM TIMES the suspension was a “provocative infringement” of Nigerians’ right to freedom of expression including freedom to access information in the country.

“NBC has been authorised to impose harsh fines on local media houses that embarrass the federal government as a prelude for possible ban,” he said.

“The suspension of Twitter may soon be extended to Facebook, Instagram and then BBC, VOA, Aljazeera, SABC and other international media platforms accused of publishing seditious or defamatory information against the government and its officials.

Lagos-based lawyer, Inibehe Effiong, said the move is illegal as it seeks to take away the constitutional right of expression from the people.

“The purported ban is a flagrant violation of the right to freedom of expression under section 39 of the Nigerian constitution,” he said.

“To begin with, fundamental rights can not be taken away or derogated without a law.

“A written law is required and section 35 said that written law has to be reasonably and justifiably in a democratic society.

“The federal government says they are suspending Twitter because the genocidal tweet of the president was deleted. What they are saying is this, they are equating the president’s tweet to the entire country.

“As if Twitter was suspending or deleting the entire country, there is no law as of today that empowers the federal government to do what they claim they are doing.

“When they try to introduce the Social Media Bill, to give the government this kind of power, Nigerians resisted it and that bill has not been back till date.

“To now try to use executive fiat to achieve what they could not do through the Social Media Bill is absolutely outrageous because by saying you are suspending Twitter indefinitely, what they are saying is that apart from it amounting to an attack on the civic space, it is also a direct way of depriving citizens of the right to express themselves because Twitter is a very effective medium for expression.

Effiong added: “For the government to claim they are suspending that platform it is an attack on Nigerians.

“It is clearly unconstitutional and illegal.”

More Nigerians expressed concerns on Twitter shortly after the announcement.

“No sir! This should not be the response from the president of a nation with a vibrant youthful population for whom #Twitter is part of their daily lives and a source of their income and livelihood. This must be reviewed,” he wrote.

Some Nigerians believed the government lacks the technological capacity to implement the ban.

“I don’t think anybody should take this ban of Twitter in Nigeria news seriously. These clowns don’t even have the technological requirements to implement it. Let them start with tracking down the bandits and Boko Haram terrorists first,” tweeted Wale Adetona.

“Twitter isn’t a govt owned app & Nigerians have the right to freedom of speech so it’s ridiculous the Federal Government is trying to suspend Twitter in Nigeria. FG quickly held a meeting cos of Twitter but can’t do the same to tackle terrorism in Nigeria? What a shameless govt,” Daniel Regha.

“This has nothing to do with a recently deleted tweet but everything to do with getting back at Twitter for giving young Nigerians a voice against police brutality during the EndSARS movement!” Fola Aina.

Some outlined the economic consequences of the decision.

“Does President Buhari and the federal government know how much young Nigerians make on social media platforms like Twitter daily? Does Lai Mohammed know the number of jobs being sustained by Twitter in Nigeria ??? What is wrong with these people?” Dipo Awojide

“Market not good for social media/digital media SA’s & their aides this week. Facebook ban next. Might have to fire them all (no! no! no, not the firing squad, it’s 2021, we don’t do that anymore—or do we???) Has there been a return to military rule & no one told us #TwitterBan,” Ayoade Alakija.