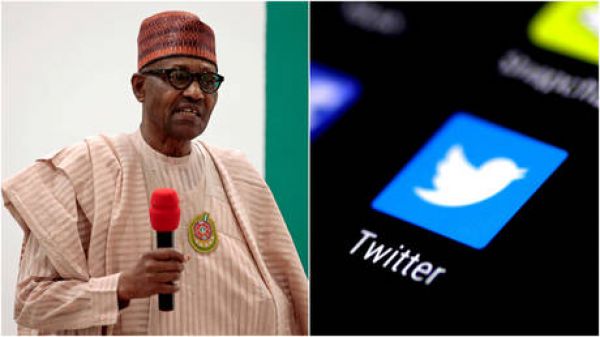 The social media firm said Buhari’s tweet, referring to the 1967-70 civil war in the southeastern Biafra region that killed 1 million people, violated its “abusive behaviour” policy leading to a 12-hour suspension of his account.

Buhari, who served in the army against the secessionists and was Nigeria’s military ruler in the 1980s, tweeted on Tuesday that many people misbehaving today were too young to remember the deaths and destruction from the civil war.

“Those of us in the fields for 30 months, who went through the war, will treat them in the language they understand,” he warned in the tweet that was taken down.

Nigeria has seen a spate of arson attacks on electoral offices and police stations in recent weeks, especially in the southeast. Officers have also been killed.

Authorities have blamed a banned separatist group, the Indigenous People of Biafra (IPOB), and what police call its armed wing, the Eastern Security Network.

The IPOB has repeatedly denied involvement.

Buhari posted a series of tweets on Tuesday, the day after towns across the southeast were quiet and businesses shuttered since IPOB urged people to commemorate the war dead.

Some social media users criticised Buhari’s tweet before it was removed, accusing him of targeting Igbo people from the largest ethnic group in the southeast. IPOB is influential in the region and its efforts to revive sentiments over Biafra have prompted a crackdown from security agencies in recent years.

Nigeria’s Information Minister Lai Mohammed was dismissive of Twitter’s action, saying Buhari had every right to express dismay at violence by a banned organisation.

“Twitter may have its own rules, it’s not the universal rule,” he told reporters. “If Mr. President anywhere in the world feels very bad and concerned about a situation, he is free to express such views.”