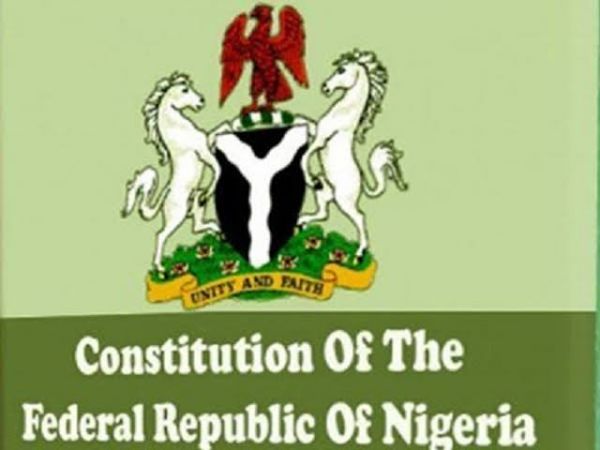 The Zonal Public Hearing on the review of the 1999 constitution kicked off across the six geopolitical zones, yesterday, with a flurry of demands and proposals.

Speaker of House of Representatives, Femi Gbajabiamila, faulted the 1999 constitution, describing it as substandard and product of hurried national compromise.

Gbajabiamila said during the zonal public hearing on the review of the 1999 constitution in Lagos, yesterday, that the Constitution falls below standards because it was put in place to ensure that the military returned to the barracks.

“A nation’s constitution is the foundation of its existence. It is supposed to set the terms of our nationhood and define who we are in a manner that reflects both our common truths and highest aspirations.

“Our constitution falls short of this standard because the 1999 Constitution is the product of a hurried national compromise that we entered into two decades ago in other to ensure that the military returned to the barracks and that we returned to democratic government.

“It was always the intention that we will one day as one people and one nation, return to amend this document so that it gives voice to the yearnings of the Nigerian people and set out in clear details how we intend to achieve the shared ambitions of our nationhood. Providence has cast upon the 9th National Assembly the responsibility to write such a constitution for the Nigerian people.”

The speaker said Nigeria needs a “near-perfect” constitution to correct the problems confronting the country.

Governor of Ondo State, Rotimi Akeredolu advocated scrapping of the Senate with each zones having equal number of four representatives at the National Assembly.

This is as Governor Bala Mohammed of Bauchi state advocated constitutional roles to traditional rulers.

They spoke separately at the Akure Centre of the Southwest and Bauchi centre of the Northeast centre.

Akeredolu, represented by his deputy, Lucky Aiyedatiwa, said the country should consider dropping the current bicameral structure of the National Assembly, and adopt unicameral legislature.

“Membership of the Assembly should be part time. No member should earn allowances not known to the Revenue Mobilisation and Allocation Committee, and the people they claim to serve.

“Legislators should earn under a uniform salary structure. Allowance peculiarities must not be about obscenity. The Senate should be scrapped.

“The House of Representatives too should not be unwieldy. A maximum of four representatives should come from each Zone,” he said.

Akeredolu also stated that revenue generation and allocation must reflect the extent to which a state participated in the economy.

He equally called for state police, resource control, judicial reforms, especially with zones having their court of appeals.

Akeredolu concluded by a return to the 1963 Republican Constitution, saying, “We will have resolved many fundamental issues of nationhood with the adoption.”

Speaking at the Bauchi center hearing, Mohammed recalled that in the old Northern Nigeria, the British made use of them under indirect rule, said in spite of their non-recognition by the constitution, they were directly involved in the maintenance of law and order in their respective domains.

“There is need for traditional rulers to be given roles in the constitution, especially in the maintenance of law and order and other relevant areas.

“Taking into cognisance that even now that they are not recognised by the constitution, all the states of the federation depend on them.

“In Northern Nigeria, when the British came, they used them under indirect rule and I do not know from where we got the wisdom to throw what we have so much in custody by allowing them to be redundant, ineffective, and at the same time putting so much responsibility on them.

“This is because whenever we have problems, we rush to them, but we have never held them accountable and responsible for the duties we are expecting them to perform.

“We believe we can give them constitutional responsibility, salary structure and scheme of work, so that they will be able to discharge their responsibilities without forcing them into redundancy or corruption,” he said.

While declaring the exercise open in Enugu, Governor Ifeanyi Ugwuanyi reiterated his administration’s support for unequivocal and unwavering commitment to an egalitarian Nigeria where justice, fairness, equity and inclusiveness shall be functional directive principles of state policy.

The Enugu centre has Anambra and Ebonyi states. Declaring it open the governor further enjoined all relevant institutions, civil society organizations, stakeholders and the entire Enugu State citizenry “to stand up and be counted in this important national discussion.”

Earlier in his address, Deputy Minority Leader of the House of Representatives, Okechukwu, on behalf of the Speaker, Gbajabiamila and the Deputy Speaker and Chairman of the House Committee on the Review of the 1999 Constitution, Idris Wase, welcomed Ugwuanyi and other participants to the event.

“We believe that the ongoing exercise, if well harnessed, presents the Nigerian government and people with ample opportunity to find answers to the myriads of pressing challenges facing our nation today.

“On our part, we assure you that your views will count. Whatever views and memos you submit here today and tomorrow will form part of the working documents and views of the Constitution Review exercise by the 9th Assembly,” he said.

Plateau Governor, Simon Lalong called for stiff penalties against anyone found guilty of abusing the constitution so as to protect its sanctity as the highest instrumental of power and make it the main driver of Nigeria’s democratic journey.

He observed that beyond amending the constitution, Nigerians must also take greater interest in how the constitution is implemented to avoid abuses that end up creating distortions and leading to agitations for more amendments.

“My advice to members of the National Assembly and indeed all Nigerians is to put in place strong safeguards in the new constitution to avoid the abuse of power. The situation where people flagrantly disobey, discard and ignore the provisions of the constitution should no longer be tolerated.

“We should ensure that those who temper with the provisions of the constitution are seriously punished. No matter how frequently we amend the constitution, there may not be any difference if we fail to subject ourselves to its provisions. As citizens, we are the guardians and defenders of the constitution who can either make it work or fail by our actions or inactions. Nigerians should wake up from their slumber and lethargy by ensuring that they employ all legitimate means to protect the constitution. The days of docility are far gone”.

Akwa Ibom State government advocated making free education and compulsory education from primary to secondary level a constitutional issue in order to ensure that all children benefit from education in their early lives.

Governor Udom Emmanuel also said states should be allowed to control their resources so that they could develop at their own pace.

Emmanuel who was represented by secretary to Akwa Ibom State government, Emmanuel Ekuwem, reasoned that the present high rate of insecurity could be better handled if the constitution makes room for the establishment of state police.

He, however, said the state believed in one indivisible entity called Nigeria in which everyone’s rights and privileges would be protected and guaranteed.

Rivers State Governor Nyesom Wike, represented by the state Attorney General and Commissioner for Justice,   Zaccheaus Adangor, advised  members of the committee not waste time in ensuring that the amendment is promptly implemented after collating all submissions and memoranda by the people

While lamenting that cost of elections is tremendously expensive, making it difficult for public office holders to do what their communities want, Wike called for an outright drafting of a new constitution where input from every segment of the society would be considered since the present 1999 constitution has outlived its usefulness.

On its part, Nigeria Labour Congress (NLC) appealed to National Assembly not to remove national minimum wage from the Exclusive list.

Uchenna Ekwe, head of International Relations Department, Liaison to NASS, NLC, made the appeal in Enugu.

He said allowing the issues of the minimum wage in the Federal Government’s exclusive list was part of democratic processes. Ekwe noted that those canvassing for its removal were ignorant of the International Labour Organisation (ILO) laws and making a vital mistake.

“The laws allow issues of national minimum wages be maintained by the Federal Government.”