Sultan on Constitution review: ‘Why is the use of Hijab a problem to those not using it?’ 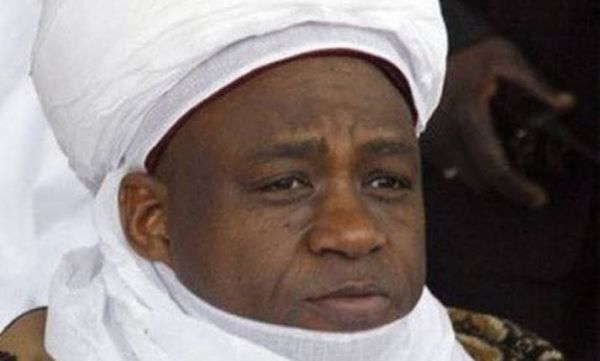 Sa’ad Abubakar III, the Sultan of Sokoto, has advocated the use of Hijab by Muslim women, without restrictions and in total observance of the freedom of religion in the country.

The Sultan, who is also President-General of Nigerian Supreme Council for Islamic Affairs (NSCIA), stated this in Birnin Kebbi, on Tuesday, at the North West Zonal Public Hearing on the Constitution Review organised by House of Representatives for Stakeholders from Sokoto, Kebbi and Zamfara.

Abubakar wondered why the wearing of the Hijab would be a problem for others who were not using it, stressing that the other religions could also be encouraged to adopt what their religions order them to do.

“The most important issue is the issue of religion. Almighty God created us to worship Him and you must protect my rights as a Muslim, in whatever documents you are going to bring and there are no two ways about it.”

“I must have freedom to worship Allah the way Almighty says I should worship Him. So, why do people make too much noise about Shariah and its implementation?

“It is all about our lives as Muslims from the day of our birth till we die. So, look at the way to protect the interests of Muslims that constitute over 50 per cent of this nation’s population. Whether in the North, East, South or West.

“I believe Nobody should stop me from practising my religion and I must practice it to the best of my ability, without tampering with other religions or their freedom. You can pick a stone and keep it in your home; that is the problem between you and your God, not me.

“There are so many cases where young girls were denied the right to use their Hijabs in schools. Why is it that the use of the Hijab becomes a problem to those people who are not using Hijab?

“On the other hand, we should even encourage persons of other faiths to do what their religions ordered them to do. And that is how we will live in peace,” he said.

The Sultan, who also spoke on the role of traditional rulers, counseled the political class not to be afraid of assigning constitutional roles to traditional rulers because they had accepted changes that took place since the 1914 amalgamation of Nigeria and were ready to help.

“All of you knew that before 1914, there was no Nigeria; but there was Sokoto Caliphate, Kanem Borno Empire, Oyo Empire and Benin Kingdom.

“The amalgamation of all these led to Nigeria of today as they took power from the people and put it on a few civilians. Why are politicians afraid of giving power back to the people they have been living and working with closely?”