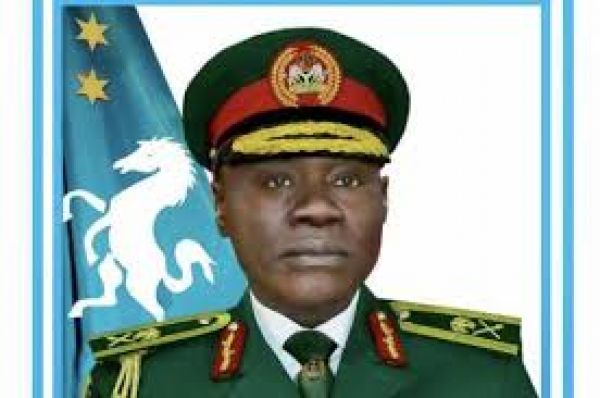 Newly appointed Chief of Army Staff, Farouk Yahaya, a major general, was born on January 5, 1966 in Sifawa and hails from Bodinga Local Government Area of Sokoto State. He was granted regular combatant commission as a member of 37 regular course on 22 September 1990 in the rank of Second Lieutenant with seniority in the same rank effective September 27, 1985. He is of the Nigerian Army Infantry Corps and holds a Bachelor of Arts Degree in History and a Masters’ Degree in International Affairs and Diplomacy.

Meanwhile, it was learnt that over 40 officers in the ranks of Major-Generals and Brigadier-Generals are to quit the services of the army today, following the appointment of Yahaya.

However, not all members of 37 Regular Course would be going on retirement as the new service chief has the powers to retain two of his course mates and appoint them Chief Of Policy and Plans and Commander Training and Doctrine Command (TRADOC), respectively.

It was learnt that those who do not send in their retirement letters, would be issued with a notice of retirement from service. This decision, according to sources, is sequel to a memo from the minister of Defence, Bashir Magashi, to the deceased COAS, directing that all his course mates proceed on retirement.

It was gathered that the former chief pleaded with the minister to retain two of his course mates and appointed them COPP and commander TRADOC.

The directive has not changed, thus meaning more officers would retire with the naming of the new service chief.