Southern govs met in Delta state and took far-reaching decisions on security, restructuring, others. Here’s the full text of their resolutions 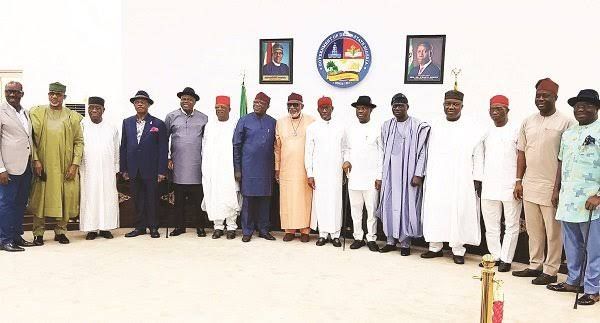 Governors of 17 southern states held a meeting in Asaba, Delta state, on Tuesday on the state of the nation.

Among their key demands are that President Muhammadu Buhari should be fairer in political appointments, convoke a national dialogue, accept the establishment of state police,

Below is the full text of the communique.

At its meeting held today, 11th May, 2021, the Southern Governors Forum reviewed the situation in the nation generally and focused on the current security situation, agitations/restructuring, prospect for inter-state collaboration and partnerships as well as on the incidence of the Covid-19 Pandemic. Rising from the meeting, the Forum: