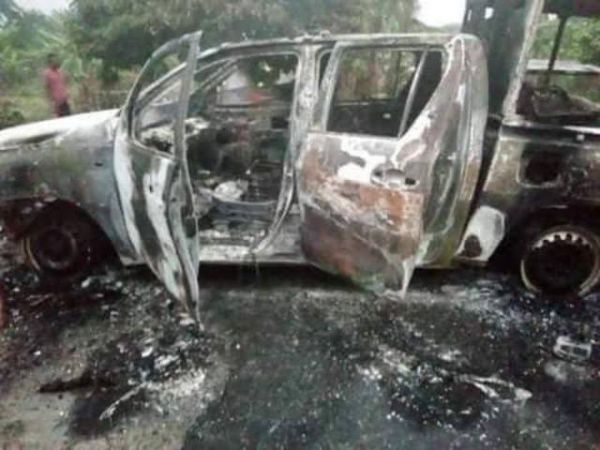 Seven police officers have reportedly been killed in fresh multiple gun attacks on Friday night in Rivers State, Nigeria’s South-south, according to a report by Punch newspaper.

The paper, which said the police in the state have confirmed the attacks, reported that three police officers were feared killed in Elimgbu police station, while two were killed at another facility, the divisional police headquarters in Rumuji.

Two other officers were killed at an attack on a security checkpoint along the East-West Road, the paper said.

The police spokesperson in Rivers State, Nnamdi Omoni, said he would make details of the attacks available to reporters after a visit to the scene, Punch said.

The latest attacks occurred despite the night curfew imposed by the Rivers State Government in all the 23 local government areas of the state.

Eight security operatives, including some police officers, were killed in Rivers on April 25 in one of the deadliest attacks in the oil-rich state.

The attacks in Rivers appeared to have occurred simultaneously with a similar attack on a police facility in neighboring Akwa Ibom State.

Six police officers were said to have been killed in the Akwa Ibom attack which occurred in the early hours of Saturday at a local police station in Ini Local Government Area of the state.

The police spokesperson in the state, Odiko MacDon, confirmed the attack.

The gunmen razed a part of the police station.

“They (the gunmen) went to the police quarters where the police officers were sleeping and shot them dead,” a state government official said.

There has been a spate of attacks on security agencies in the South-east and South-south which has compounded the security challenges in the two regions.